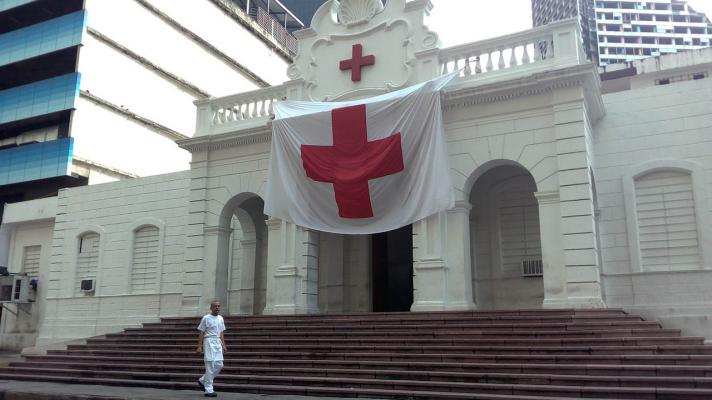 Recently, a message, attributed to Alberto Urquiola, director of the Venezuelan Red Cross, has been circulated on various social media such as WhatsApp and Twitter. The message states that there is a “colossal COVID-19 outbreak” in Venezuela and that the number of deaths in Caracas’ Poliedro (sports complex) and in other care centers in the city is high.

This has been an attempt to spread the perception of chaos and of a health and social crisis in the country, providing numbers of COVID-19 related deaths and infections much above the official numbers on the pandemic at the national level. Such fake news only intend to delegitimize the government’s response to the pandemic. 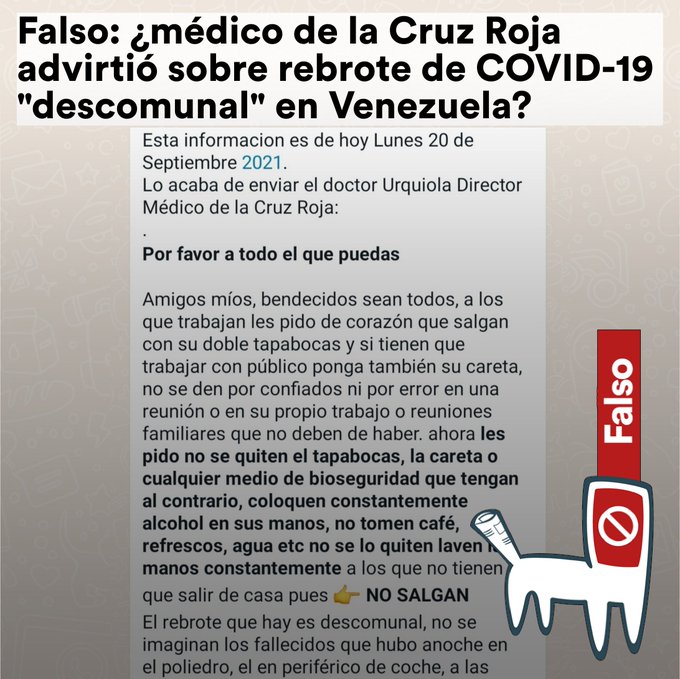 The Red Cross’ clarification denies the fake news claiming that Venezuela is experiencing a surge in COVID-19, as has been falsely disseminated through social media and instant messaging platforms. Although Venezuela is in a critical situation regarding the pandemic, all efforts have been made to comply with the official mass vaccination strategies and biosafety regulations.