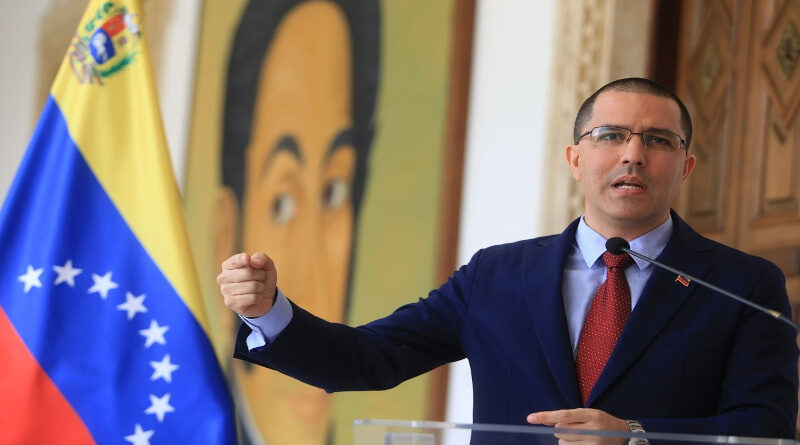 Foreign Affairs Minister of the Bolivarian Republic of Venezuela, Jorge Arreaza, criticized Colombia’s response to the actions of the Bolivarian National Armed Forces in Apure state, labeling them as “absurd, fanciful and schizoid.” Arreaza was referring to an interview conducted by the Colombian news outlet Noticias RCN with the Colombian minister for defense, Diego Molano, who tried to implicate the Bolivarian National Armed Force (FANB) with FARC dissidents, in an attempt to hide the responsibility of his government in the recent clashes between the Venezuelan Army and Colombian criminal groups.

Arreaza wrote in his official Twitter account @jaarreaza: “The official and media reactions in Colombia after the operations of the #FANB in ​​Apure have been so absurd, fanciful and schizoid, that they only confirm that it has been hit hard by an accurate blow to the mafias and Colombian drug trafficking routes.”

In general terms, Arreaza highlighted that this type of response shows that the FANB managed to deal a severe blow to Colombian drug criminals who intended to use Venezuelan soil for their criminal operations.

It should be noted that on March 25 the Venezuelan Foreign Ministry denounced the Colombian state for its evident abandonment of the borders, thereby granting tacit consent to the actions of various criminal groups operating in the area that, after being pursued by Venezuelan forces from the national territory, crossed the border back into Colombia, where they operate with impunity.

Faced with this situation, the Venezuelan Minister for Defense, Vladimir Padrino López warned the government of Colombia that it will not be able to plan and install its war in Venezuelan territory, given the “alleged concern” about the operations of the National Armed Forces Bolivariana (FANB) in Apure state.