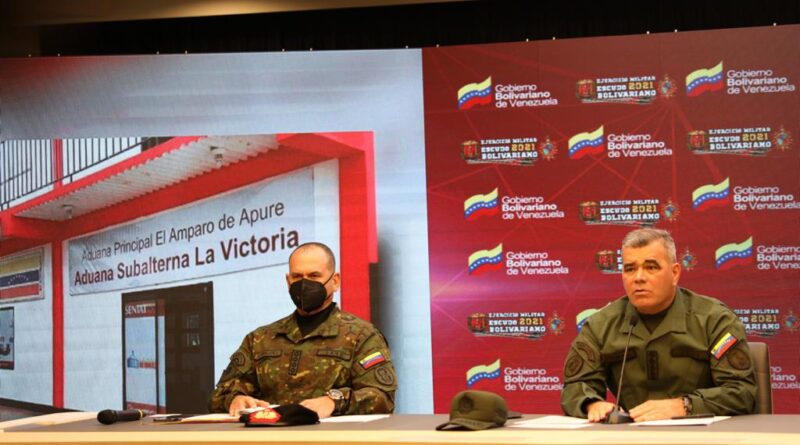 The head of the Strategic Operational Command of the Bolivarian National Armed Forces (CEOFANB), Remigio Ceballos, reported this Tuesday, March 30, that the military personnel assigned to the National Defense System have been deployed in search of Colombian criminal gangs that have tried to undermine the peace of the Venezuelan people.

“We continue to deal strong blows to these criminal drug traffickers. We are just starting, raising forces in all areas of the national territory and also in the unconventional fight against all threats,” he said.

In the post he shared on his Twitter account, Ceballos released the first official images of the damages that the Venezuelan authorities have inflicted on Colombian criminal groups.

In another tweet, the military official added: “We are going after the pursuit and capture of those Colombian drug traffickers, bandits, murderers of our brother commandos, to bring them to national justice and make them take to their heels. Shrewd sight! Withering impact!”

Land mines for the first time in Venezuela
The Minister for Defense, Vladimir Padrino López, shared this Tuesday, March 30, images of an armored vehicle of the Bolivarian National Armed Forces (FANB) that was hit by an antipersonnel mine placed by Colombian paramilitary in Apure state.

“We are facing the historical terrorist practice of Colombian violence,” read a message, accompanied by a video, that Padrino shared on Twitter. “This time, with the logistical support of the neighboring country’s authorities, they use mines against people, which have also hit FANB armored vehicles. We will continue relentlessly fighting them.”

Several Venezuelan military officers have been injured due to land mines planted by Colombian criminals, according to local press. The Caribbean country has never had to deal with this unlawful weapon before. The same local news outlets were informed about contacts by Venezuelan authorities with United Nations agencies specialized in eradicating these types of weapons, banned worldwide due to their cruelty and terrible effects on civilian population.