Cargo trains stranded in Kaliningrad after the most recent NATO aggression towards Russia via Lithuania. Photo: AP.

The Kremlin has warned Lithuania that it may take radical measures to protect its national interests as the Baltic country is partially blockading the Russian city of Kaliningrad.

Kaliningrad is located between the European Union (EU) and North Atlantic Treaty Organization (NATO) members Poland and Lithuania. It is a territory physically detached from Russian territory. Supplies from Russia arrive by rail and gas pipelines through Lithuania, which announced last week that it was banning the rail transit of goods subject to EU sanctions, including coal, advanced technology, metals and construction materials.

RELATED CONTENT: The Old World is Over: Key Takeaways from Putin’s First Major Speech Since Russia’s Military Offensive in Ukraine

“If in the near future cargo transit between the Kaliningrad region and the rest of the territory of the Russian Federation through Lithuania is not restored in full, then Russia reserves the right to take actions to protect its national interests,” reads a Russian press release quoted by ZeroHedge. 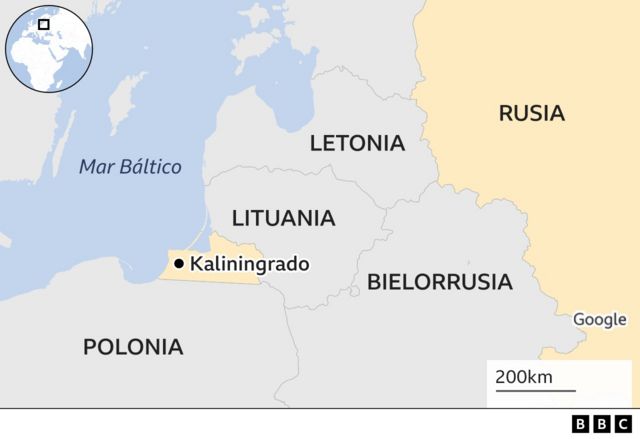 For his part, the Lithuanian Minister of Foreign Affairs, Gabrielius Landsbergis, said that they simply complied with sanctions imposed by the EU, and that they were taken after “consulting with the European Commission and under its guidelines.”

Anton Alikhanov, governor of the Russian oblast facing the Baltic Sea, which has a total population of about one million people (the city of Kaliningrad has almost 450,000, and 800,000 in total if the outlying suburbs are counted), urged the population not to panic and to avoid nervous shopping.

Lithuania’s decision represents one of the biggest Western provocations against Russia since the war began, as well as a new war front for NATO that could turn into a world war due to the actors involved.

Lithuanian authorities tried to justify their decision using as an excuse the illegal EU sanctions against Russia which forbid the export of certain items to that country. But in reality, Lithuania is not exporting anything to Russia, as all the trains being detained transport Russian items to Russian territory and they are not being imported or exported, they are simply in transit.