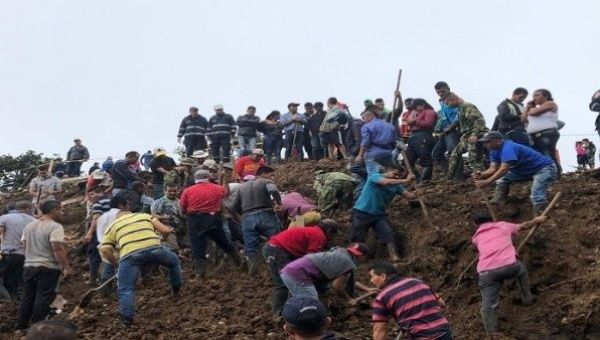 At least 14 people have been killed and five injured in a landslide in the southwestern Colombian province of Cauca, the country’s disaster relief agency said on Sunday.

The landslide, which was caused by heavy rains, took place in the early hours of the morning in a rural area of Rosas municipality, the agency said in a statement.

“We are working on the rescue of victims,” said Firefighters Chief Victor Carlos to Reuters. “The report we have seen at the moment has the number at 15. We are looking for other missing people. This situation in the Rosas municipality is very unfortunate.”

Landslides are common in mountainous Colombia, especially during the rainy season and in areas where precarious informal housing and narrow roadways are constructed on deforested Andean hillsides.