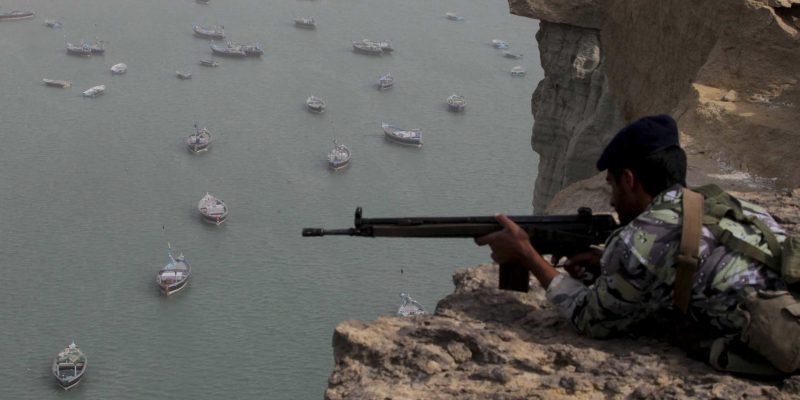 The top commander of the Islamic Revolution Guards Corps (IRGC)’s Navy says the Strait of Hormuz is an international maritime passage, warning that Iran may close the strategic waterway if prevented from using it.

IRGC Navy Commander Rear Admiral Alireza Tangsiri made the remarks in an interview with Iranian Arabic-language news channel Al-Alam published on Monday, the same day that the White House announced that US President Donald Trump has decided not to reissue Iran oil waivers when they expire in May.

“According to international law, the Strait of Hormuz is a waterway and we will close it [to other countries] in case we are banned from using it,” the Iranian military commander said.

“In case of any threat, we will not hesitate to support and defend Iran’s waters. We will defend our honor and will take reciprocal measures when it comes to protecting Iran’s rights,” he added.

In a statement on Monday, the White House said that Trump has decided not to reissue waivers allowing importers to buy Iranian oil without facing US sanctions when they expire in May.

It added that the United States, Saudi Arabia and the United Arab Emirates “have agreed to take timely action to assure that global demand is met as all Iranian oil is removed from the market.”

The US president withdrew Washington in May 2018 from a multilateral nuclear accord, officially known as the Joint Comprehensive Plan of Action (JCPOA), which was reached between Iran and six world powers in 2015. Afterwards, Washington re-imposed unilateral sanctions on Iran that had been lifted under the deal.

Elsewhere in his remarks, Tangsiri pointed to Iran’s great military capabilities and said, “Despite sanctions, Iran’s military power is increasing every day,” emphasizing that the Islamic Republic will boost its military might every day if more sanctions are imposed on the country.

Elsewhere in his remarks, the IRGC Navy commander said Iran has maritime cooperation and peaceful coexistence with its neighboring countries.

Adding that the presence of foreign military forces in the region is the root cause of insecurity, Tangsiri said, “Foreigners attach no significance to regional security and it is not important to them if their measures lead to destruction of the region.”

Foreign powers present in the region are enemies of regional nations and pose a threat to the entire region, Tangsiri pointed out.

Back in December, Chairman of the Chiefs of Staff of the Iranian Armed Forces Major General Mohammad Baqeri criticized US presence in the Persian Gulf, saying it only fueled insecurity in the strategic region.

Baqeri emphasized that the Persian Gulf countries are capable of ensuring security on their own and the US presence in the region has no outcome except for creating insecurity.

Iran’s military chief noted that the Americans have always sowed insecurity wherever they had a presence, adding, “Their retreat from Syria and other parts of the region will certainly lead to increased security and peace.”