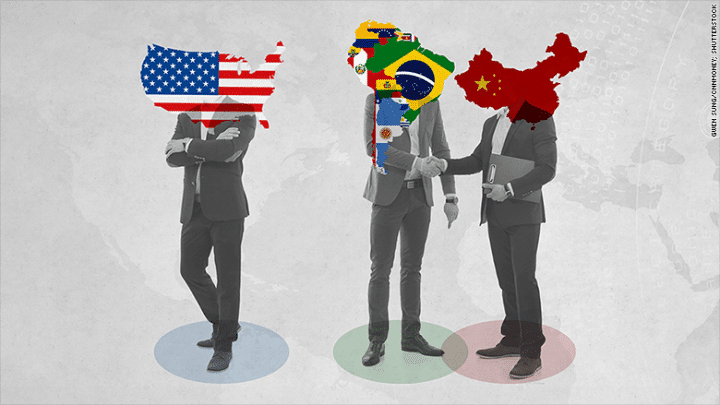 It has become commonplace to read that Latin America is “a region in dispute”. However, it can be said that this region has been in dispute since the very so-called “discovery”. From the onset Spaniards, and later, Europeans realized the enormous wealth that they had encounter. At first it was gold, silver and resources such woods, foods, workforce to feed what came known as the “old Continent”. Soon other European kingdoms would arrive and started competing for resources and everything the continent could produce. That is when the dispute began and never stopped to the present.

The waterways the original inhabitants knew very well enhanced European transportation beyond the Atlantic Ocean disputing the exploitation of resources and people: Indigenous and later slaves from Africa. Both later were made poor and European kingdoms rich. It was in this manner that the region began being a tool of European geopolitics. The waterways turned to be very key from the very north to south; a swift look at a map one can see the convenience of fluvial travelling and transportation.

Even when the independence of several colonies took place, the social, political and economic relations remained as a pyramid: very few at the top and the majority at the bottom. This pyramid was well used to maintain the former colonies divided and producing for metropolises abroad.

The oligarchies of the new nations betrayed the ideals of Latin America Liberators; all of them had a tragic ending of their lives and ideals. Those under the top of the pyramid stayed solely as providers, much as it was during colonization. The new nations began divided, in spite the efforts of some political leaders that have been struggling from Simon Bolivar up to Hugo Chavez.

Yet, these oligarchies remained dependent economically from Europe and U.S.A. later. Cheap raw materials, minerals, produce had to keep going to Europe and the U.S. and they sold their expensive productions to the region. For all of these, transportation has been reinforced. Rail roads and boats were the main means for this. The interoceanic connection was for a long time through the Magellan Strait. Thus, the need for a shorter route.

The idea of an interoceanic channel became of the utmost and urgent importance. A fluvial canal was thought through Mexico (Tehuantepec), Nicaragua, and Panama. The 1823 Monroe Doctrine sought to get a total control of the region with its “America for Americans”. Nevertheless, the French installed an emperor in Mexico. The British took control of Malvinas in the South Atlantic as well as the Atlantic coast of Nicaragua. The French initiated the construction of the interoceanic Canal in Panama; stopped in 1881 and the U.S. took over in 1904. while Germany had interests in Colombia as well the south of South America.

By the end of the nineteenth century, U.S. took control of Cuba’s Guantanamo in the Atlantic; the key of the door between Europa and America (the Continent), and Hawaii and Philippines in the Pacific. Shortly after, U.S. rejected the Nicaragua and started the Canal in Panama (1904-1914), territory taken from Colombia. The Canal turned vital during W.W. I for the allies against Germany. Incidentally, the war shadowed the very inauguration of the Canal.

Right before that European powers and the U.S. declared a naval blockade to Venezuela. Oil began being the reason to fight the Easter Block as well as competing among the Western countries for its control. The geopolitics became directed by oil and this turned to be the worst curse for Third World countries.

Despite having 8.2 thousand children dying of hunger daily in the world, nobody seems to be alarmed or does not receive any attention among corporate media. This seems to out of the scope of geopolitics nor globalization.

Even further there are those that try to separate those two concepts. One example is Brian Blouet who wrote in Geopolitics and Globalization: “Geopolitical policies seek to establish national or imperial control over space and the resources, routeways, industrial capacity and population the territory contains,’ whereas “globalization is the opening of national space to the free flow of goods, capital, and ideas. Globalization removes obstructions to movement and creates conditions in which international trade in goods and services can expand” (Blouet 2001, 1). Is there really a difference? Perhaps in the period 1875 to 1945 it applied, but not in our present-day.

RELATED CONTENT: UN Secretary General Calls for Global Ceasefire to Focus on “the True Fight of Our Lives”

Since 1823, the Monroe Doctrine was applied to European powers in the continent, later was to prevent “communism” to settle in Latin America and The Caribbean. The U.S. embarked from then to present day in total interventions (direct, indirect, induced) in any country that was “causing problems” or even intended to get closed to the Soviet Union, China… etc. The list is rather extensive.

As a continuation of this control over the continent, we have the Alliance for Progress to stop the expansion of Cuba’s revolution.  Then Neo Liberalism, officially inaugurated in the mid 1970’s, brought only more suffering for lower classes, peasants and middle-class  masses grew exponentially until a little breathing time came in the beginning of the 90’s decade until 2009 with Obama’s coup against Honduras. Back to turmoil, repression, acute economic measures against the people right down to Bolivia 2019; although shortly before Mexicans and Argentinians have signs of some possible recovery.

To add to all this, it is more and more clear that even though U.S continuous being a top power, it is very noticeable that Russia is becoming to be first military power and China is disputing the first place as an economic power.

The criminal blockade against the peoples of Cuba and Venezuela is also ignored by that media and many nation-states. The U.S. speaks of another naval blockade to Venezuelan coasts. The time to look at political power from below, seems to be the only correct road to change a world and system which refuse to dye into another that has been born yet, as Gramsci proposed in his writings. All of us need to reopen the discussion of what is the role of the state. This discussion is for the masses and not an elite. Chile’s many demonstrations are showing the way as well great protests in Ecuador, Colombia, Peru, Panama, Dominican Republic are exampling the masses are tired of simply accepting. Similarly, Cuba, Venezuela, Nicaragua keep resisting. Class struggle seems to be rather alive yet.

In this reality, there is the appearance of the coronavirus that has turned the world upside down and new challenges. The unknown is heating the poor masses specially. But it’s imperative to look at some new situations. It is imperative to think on a few questions:

-Is it coincidence that it appears exactly when China’s economy looked like unstoppable locomotive?

-Is it only coincidental it attacks the inactive labour population?

-Is it accidental appears just before China’s New celebrations?

Whatever the answers, the emerging truth is that China, Cuba, Russia and Venezuela are the states which are helping others beyond heir borders to stop the curve of expansion for the virus. Cuba deserves special attention and recognition. After 60 years of brutal blockade to destroy the type of state they have chosen for their country today Cub has become a boomerang which is proving to the planet its Health System and the humanism in which has been constructed is the one coming to give its support to other peoples. Those that want to see this are paying attention and grateful; the others continue with a view that has no future.

Europe and North America are behind.  In this crisis, to put Solidarity before the so-called markets’ laws is showing to be the answer. Thus, new geopolitics is emerging which will put a face in the planet not seen before. If there is no collective cooperation, the future of our young generations will be rather hopeless. 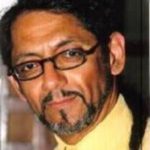