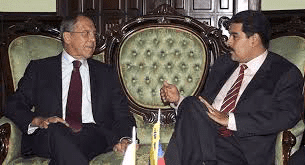 “The influence of the US in the Venezuelan dialogue has made an opposition sector irreconcilable and this is very regrettable,” said Russian Foreign Minister Sergey Lavrov.

Russian Foreign Minister Sergey Lavrov on Wednesday expressed concern about the United States’ (US) pretenses to recognize Juan Guaidó, president of the National Assembly (AN), which is in content since 2016, as interim president of Venezuela.

“Now the US will recognize or could recognize as president of Venezuela the head of Parliament and not President Nicolás Maduro,” said Lavrov.

The diplomat said that Venezuela and its president –democratically elected by the people– have the support of Russia to restore dialogue between the Government and the local opposition. Also, the Russian minister added that this presumption shows that the US continues with its line aimed at imposing its policies on the international community and attacking governments that do not agree with them.

“The situation is still difficult in the world, the conflict has increased and the US continues to deny the desire to accept reality, trying to impose its will through the power bank,” said Lavrov. ” [Russia] has witnessed the attempts of the US to dilute international organizations in an interstate manner and to fix the world through the application of force as an instrument to put pressure on the States,” he said.

Finally, he said that Russia is concerned that the desires of the United States should crystallize through a cartel of states, which would prevent maintaining stability and peace in the world.