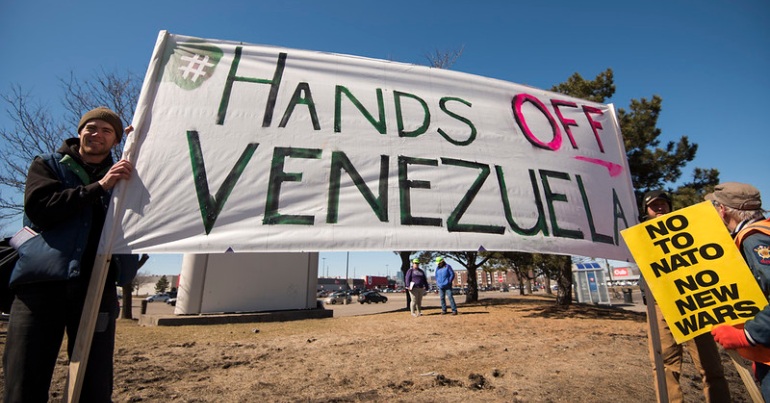 Western governments have recently expressed a willingness to “review” sanctions against Venezuela’s democratically elected government. Of course, this should be welcomed given the huge harm that sanctions have caused to Venezuela’s civilian population. But, as always, we must be skeptical of these governments’ motives. This latest move could simply be the next chapter in the ongoing regime change saga.

Lifting sanctions as prelude to negotiations
On 25 June, the US, Canada, and the European Union (EU) indicated they’d potentially be willing to lift sanctions against Venezuela as part of negotiations with president Nicolás Maduro’s government. US secretary of state Antony Blinken, Canadian minister of foreign affairs Marc Garneau and EU high representative for foreign affairs Josep Borrell said in a joint statement that sanctions could be lifted in exchange for restoring “the country’s institutions” and “credible, inclusive and transparent local, parliamentary, and presidential elections”.

The statement follows meetings between Juan Guaidó’s representatives and Washington officials on 23 June. Guaidó is the leader of the attempted coup against Maduro. Meetings were held with Biden administration personnel from the White House, the State Department, the Treasury, and several congress members. Amongst the latter were senators Marco Rubio and Robert Menendez, both of whom are known for their hardline stance against the US’s adversaries in Latin America.

Guaidó finally relenting on negotiations, which government supported all along
As The Canary reported in May 2021, Guaidó indicated willingness to enter into negotiations last month. Much of the corporate-owned media characterized this as some kind of generosity on his part. But Maduro’s government has, in fact, been willing to negotiate ever since the coup attempt began in January 2018. Guaidó’s about-face on the issue appears to be a result of his weakened position.

As The Canary also reported, in January 2021 the EU announced that it could no longer recognize Guaidó as Venezuela’s ‘interim president’. This was because his party boycotted the National Assembly elections. Therefore he couldn’t remain head of parliament, since he didn’t even hold a seat.

To be sure, an end to sanctions should be welcomed. Various rounds of US sanctions have been put in place over the years. But in 2019, Washington implemented what have proven to be the most punishingsanctions of all. These were placed on Venezuela’s state oil company Petroleum of Venezuela (better known by its Spanish initials PDVSA).

As The Canary has already pointed out, as of March 2020 US sanctions had directly led to the deaths of around 100,000 people. That’s according to United Nations special rapporteur for Venezuela Alfred de Zayas. This figure would almost certainly need to be revised significantly as of June 2021, not least because the US weaponized the coronavirus pandemic to ramp up regime change efforts against Venezuela.

But is it merely a new tactic from regime change?
This development does not in any way mean that Guaidó’s faction, and its backers in Washington, plan on abandoning regime change. Rather, it represents a change of tack to adapt their coup strategy to new realities on the ground. For instance, the reference to demanding “transparent” elections is revealing. Because what Washington means by “transparent” is an election presided over by the US and its internal allies.

The basis for this demand is the claim that the Maduro government can’t be trusted to oversee fair elections. The US denounced the 2018 presidential election, for example, as “an insult to democracy”. Washington also claims that the Maduro government controls the country’s electoral oversight body, the National Electoral Council (CNE). The reality, however, is that it’s historically been a multi-party body. And it’s been filled with figures from both the governing United Socialist Party of Venezuela (PSUV) and opposition parties since its formation.

RELATED CONTENT: Biden Should Agree to Request from Rep. McGovern, To End US Sanctions Against Venezuela

The US’s sordid record of electoral interference
Moreover, an election presided over by the US and its favored political factions can hardly be considered more trustworthy than one overseen by the CNE. As The Canary has previously reported, Washington has interfered in over 80 elections in more than 40 countries since the end of World War II. Needless to say, given its supposed status as the US’s ‘backyard’, Latin America has been particularly at the receiving end of this electoral meddling. In 1943, for example, the US interfered in elections in Argentina. It even falsely accused left populist candidate Juan Peron of complicity with Nazi Germany.

The figure of over 80 cases of electoral meddling doesn’t even include cases of direct US-backed regime change, of which there are many examples in Latin America. These include:

Clearly if there’s anyone that can’t be trusted to oversee a fair election in Latin America, it’s the US itself. Since Guaidó is openly allying himself with a country with such a track record, and until recently one of the most reactionary administrations in US history, his own faction lacks credibility by association.

Using Venezuela’s civilian population as disposable pawns in a sick game of Russian roulette
Again, any prospect of lifting the sanctions is welcome. But the reality is that Venezuela’s government isn’t obligated to offer concessions to Guaidó and his puppet masters in Washington. On the contrary, it’s perfectly entitled to demand that sanctions be lifted unilaterally as a condition to entering into dialogue. Because sanctions are, and always have been, a cynical tool to blackmail a democratic government. Mass murder of a civilian population has been used as a bargaining chip. And that truly reveals who the hostile parties are in this increasingly desperate coup attempt, and the depths of depravity to which they’re willing to stoop. 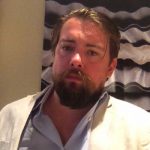