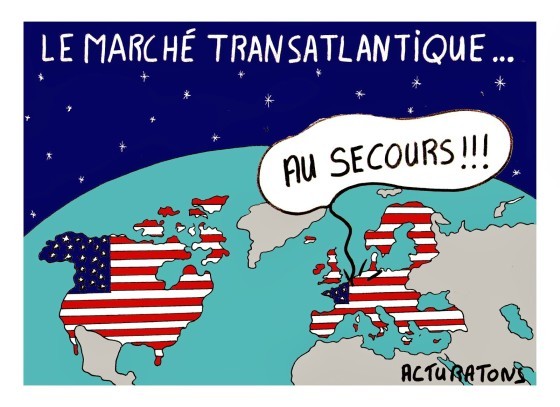 When Guatemalan fighter Rigoberta Menchú, Nobel Peace Prize laureate, left her country in 1982, after the murder of her parents and other family members, during an interview in Managua she muttered in a voice broken by sadness: “How long will they continue to kill the seed of man?

It was in the last century. Today, in 2019, we must continue to ask ourselves the same question, as if nothing had happened since then, despite the changes, the technological revolutions, the great and amazing advances that have done nothing for humanity.

Once proud Europe has fallen into a deep abyss, closing its doors to thousands of human beings whom European governments, as accomplices and subordinates to the United States, have left homeless, without work, without country, without life, without future. And they still dare to tell us what the “humanitarian and democratic rules” are?

From South America we need them to listen to us as descendants of original peoples, of Europeans, of blacks, configuring a racial, cultural and religious syncretism that is unique in the world. We need them to listen to our voice, which is made up of multiple voices. That they understand our right to independence and, therefore, admit our dependence on the imperial potential of these times, from which we have the right to liberate ourselves definitively.

Our America received thousands and thousands of European immigrants, despite the fact that the original peoples were victims of a holocaust never mentioned, with millions of indigenous people murdered by the so-called “conquerors”, who did not conquer anything, but rather assaulted and plundered peoples who developed their own amazing cultures.

We’re the children of all that turmoil. We are children of the pain of domination, of women taken as a possession, and we are their descendants, like it or not.

Will they continue to be complicit in crimes against humanity committed against unscathed peoples throughout the world, sending their secret armies of mercenaries only to appropriate our lands, our infinite resources, our cultures, our dreams?

Do they expect us to surrender to become colonies of a decadent empire? Do they ask us to do that? Is that what they want for their children and offspring?

Like the book Listen Yankee; the revolution in Cuba, the book that the American sociologist Wright Mills wrote in 1970, and respectfully, inspired by that call, I write and say today “Listen, Europe.”

Once and for all, European leaders, listen to our voices, our demands. You have allowed the United States to turn your countries into an immense “civilized” colony that simply obeys the orders of a terrorist empire, as empires inevitably are, because it is a question of dominating by criminal force.

That’s why we’re seeing their own people on the streets claiming like us. It is time for you to turn your eyes to these territories, where your children and their descendants are massacred, humiliated, disappeared, turned into modern slaves by the new schemes of co-optation, lacking culture, propagated through infinite violence, because psychological warfare is also perversely violent and you know it.

As a symbol of a new colonial era, indigenous peoples are attacked, persecuted and degraded. The true owners of these vast expanses of land, which they decimated more than five hundred years ago, as they also did in Africa, in Asia, where they arrived as colonial empires, destroying advanced civilizations and condemning the survivors of that immense holocaust to be children of the night, of discrimination and oblivion.

Those survivors who have maintained the depths of their cultures are victims once again, because their presence in territories that imperial ambition needs to exploit today – at the greatest environmental cost in history – “bothers” the new colonizers.

The persecution of indigenous peoples is more active than ever, again. And we ask ourselves; can you feel, that is, can you be moved by any story that touches the deepest part of the human being after having lent, spending millions of dollars, to sustain the new colonial wars of the 21st century, which are devastating nearby regions such as North Africa, the Middle East, Asia?

It is the same war under different disguises and models that are waging against our Latin America, against our Abya Yala, which is the real name in Kuna and means “mature land”, “living land”, “land that blooms”, which for me is synonymous with the radiance that protects us.

You are “necessary participants” in the crimes against humanity that in this century have meant new genocides against peoples that never did anything to you.

What did they do in Yugoslavia, in Afghanistan, in Iraq, in Libya, in the Central African Republic? What are they doing in Yemen, in Syria, a country where heroic resistance continues to this day?

In these villages they not only killed man and his seed, but also destroyed the cradles of civilization, they stole the most beautiful cultural memories of humanity.

Syria, Cuba, Nicaragua, Venezuela, Bolivia, the heroic resistance of our peoples in Latin America has forced them to show the face cracked by greed and decadence by resisting the terrorists you created and sent undercover, when we already know that there are secret armies of mercenaries from all over the world disguised as “Islamists” in the Middle East.

Mercenaries of the North Atlantic Organization (NATO), born of blackmail, of fear, after the Second World War, when the British and American intelligence services supposedly created it to protect Europe from the “communism of the Soviet Union”, the real winner of the struggle against the horror of Nazism. Under the pretext of NATO, now used to invade countries, they sowed European territory with bases. What real sovereignty exists in a country with foreign bases?

Do you remember the times of slavery or have you still not understood anything of what it meant to hunt children, women and men in the African territories? The trafficking of millions of human beings, who joined the original peoples enslaved and devastated in Our America, produced a holocaust, to which was added the terror of racism and its ideological basis that continues to this day. Who is talking about these holocausts now?

That silence about what has happened to us is criminal, it leaves us helpless. And our destruction destroys you too. These victims are also their descendants, their blood, their body, their DNA, with other garments, of colors overwhelming for the gray world that they tried to impose on these territories of splendor.

Listen Europe: this Latin America has been a victim for more than five hundred years and continues to be a victim of the voracity of the imperial power of these times. Look at the map of America south of the Rio Bravo, which separates us from the imperial power that has reached the 21st century sowing terror.

Look at Central America, the Caribbean, and South America. How long must we accept our condition of colonies, of neocolonies? Every day since the last century the cycle of death continues here. We have lived one dictatorship after another. It was common then for us to seek an understanding of Europe. Now that same Europe by order of the great hegemonic power turns its back on us, closes its doors to us.

How many more should die of hunger and poverty diseases, exploited at the level of slavery that reigns in all our immense slums of misery? We once believed that the parents of our parents would look with gratitude and love on these territories where they came looking for peace and food.

We are saying enough of imperial subjugation, enough of genuflections, enough of false democracies and false humanism. The seed of man is killing us in all our countries.

I am naming symbols of these times, where we are returning to the hardest colonial scheme, in a recolonizing project so that we return to two or three centuries ago. Do you believe, parents, our grandparents,that we should surrender when we have traced paths of liberation and thousands and millions have died for that hope and that inalienable right to take our destiny in our hands?

We deserve a 21st century of our own, a territory of peace in a world seized by excessive ambition and injustice. Decide, rulers of Europe, for life and respect our rights to liberation, to true independence, to our ability to end dispossession forever and to live with dignity.