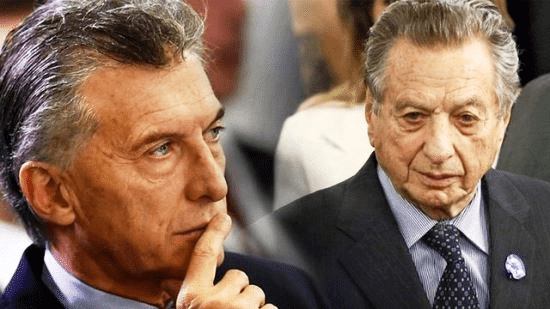 The Holy Family is how Karl Marx and Friedrich Engels sarcastically called Bruno Bauer and company in a book published in 1848, a critique of the Young Hegelians and their trend of thought. The same book also has the title “Critique of Critical Criticism.” It is now useful for us to characterize part of the economic and political corporation ruling in “the Country of I-Don’t-Remember,” as writer and musician Maria Elena Walsh used to sing.

Just how was the beginning of the clan to which the current resident of the Argentinean Presidential Office belongs, which is among the 50 wealthiest families in the South American country according to Forbes?

This clan was founded by Franco Macri, who recently passed away. He was born in Calabria, Italy, in a family of large estate owners. He did not arrive in Argentina broken as many other migrants and as many of our grandparents did. On the contrary, his father owned a construction company that developed many projects in Italy and Africa. He had a close relationship with the fascist Benito Mussolini Administration.

RELATED CONTENT: Argentina’s Cristina Fernández de Kirchner: “You Have to be Terrible to Send Coca Cola into Bankruptcy”

Back in 1951, in Argentina, Franco established the Sideco Company, also related to construction. He is part of the Argentinean lumpen-bourgeoisie that was able to increase their assets given their relationship with the State and, of course, fostering corruption —the so-called “Homeland of Contractors.”

Franco openly collaborated with Argentina’s Terrorist State between 1974 and 1983. At the same time our brothers, sisters and partners were being kidnapped, tortured, murdered and disappeared, they were developing good businesses, creating a group of companies that totaled 67 when the constitutional order was restored in the country. Among these key companies were the construction firm Sideco; Sevel in the automotive sector; payment service Pago Facil; Manliba in the garbage collection services; as well as several firms related to the food industry.

In 1981, a process began to nationalize the private debt that resulted in transferring to the Argentinean people the speculation of a large amount of businesspeople, who had incurred in — later proven fictitious— debts. Taking advantage of this “possibility,” the Macri family transferred to the National State the following amounts: $125 million from Sevel; $61 million from Sideco Argentina; and $52 million from Fiat.

This is how makers of genocide express their gratitude to the entrepreneurs’ complicity with the crimes against humanity they had committed. This is also the explanation of why the current President rejects the existence of the 30,000 victims of the dictatorship and at the same time he is trying to close the trials of crimes against humanity and seeking to achieve house arrest for genocides already sentenced to prison. During the years of democracy after the dictatorship, Franco Macri —presented today as an “entrepreneur”— made good deals with the Carlos Menem Administration and continued building his economic empire with strong ties to the White House, including Donald Trump.

This icon of an entrepreneurial class that never thought about the welfare of the country is actually more related to the story chronicled by Francis Ford Coppola in The Godfather saga rather than to the story that the hegemonic media is trying to deceive us with.

Let’s bet on the collective memory and let’s not accept the lies through which ruling classes are trying to write our history.
Source URL: Resumen Latinoamericano – English 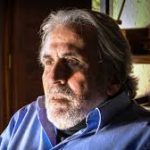