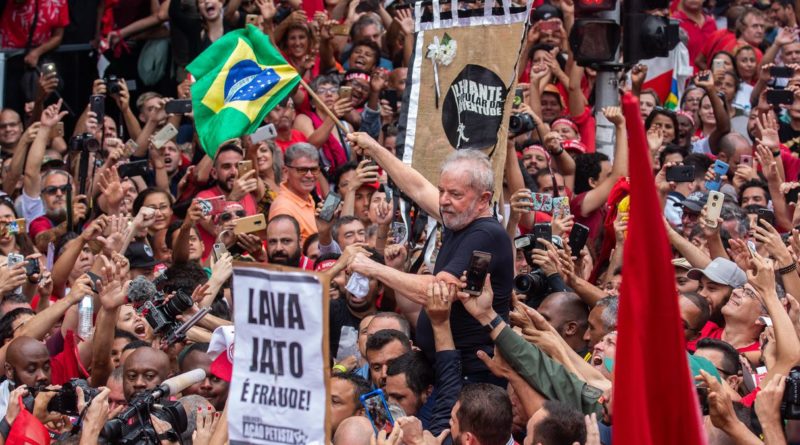 On Wednesday, the former president of Brazil Lula da Silva (2003-2011) defended the president of Venezuela, Nicolás Maduro, and said that “Europe and the United States should not have recognized a fake who proclaimed himself president,” in relation to the leader of the opposition Juan Guaidó, who the Brazilian leader has said “should have been arrested.”

“It is not correct because if this becomes a fashion democracy will go to a garbage can, and any unpresentable would proclaim himself president,” Lula explained during an interview with the Brazilian news portal Uol, which was published this week while he continues with his tour in Europe. “Who is taking the initiative to speak is Maduro, not Guaidó”, insisted Lula, for whom the opposition leader “even tried to force the Americans to invade Venezuela.”

“He should be imprisoned and Maduro is so democratic that he did not stop him when he went to Colombia to try to instigate the invasion of Venezuela,” said the former Brazilian president.

Lula explained that “in countries that are not well,” a coup d’etat is not committed and has denounced that sanctions and the economic blockade against Venezuela “kill innocents.” He has also stressed that dialogue is the only possible way out of the crisis, but one in which Maduro is present, because “it makes no sense to establish an agreement if it is not on a negotiating table with the people who have conflicting ideas.”

Touring Europe
During the interview, Lula also addressed the current migration crisis in Europe and stressed that it is “a very difficult issue for the left and very easy for the right,” as the latest appeals, he said, “to nationalist passions unlike the left, which tries to explain why refugees and migrants fleeing war and poverty from their places of origin need to be allowed in.

“The right is direct. They (refugees) won’t enter because we want jobs for Italians, for the Swiss. They marginalize the unfortunate of the poor, who, unlike capital, do not have a passport. Capital is free to cross the Atlantic and airspaces without anyone asking for its papers,” he added.

The former president of Brazil was in Paris on Tuesday, where he was honored and named honorary citizen of the French capital. In the next few days, Lula will continue his route through Europe visiting Germany and Switzerland.

It is not the first time that Lula da Silva and Juan Guaidó have crossed accusations. In November last year, the Venezuelan opposition deputy accused him of being a “thief”, after he celebrated the resistance that Maduro and the Venezuelan people were showing “not to surrender to the whims of the US Government.”

“They invented a candidate for president who does not want to dispute the presidency, one Guaidó. What a shame, I felt, when everyone recognized the coup plotter, the entire world defeated and led by Trump from the United States,” he said during an event of the Workers Party (PT) in November 2019.

Guaidó, on the other hand, responded to Lula by accusing him of being “a thief” and saying that despite being free, he was not innocent. “You will possibly return to prison, while in Venezuela very soon there will be justice and freedom,” the deputy said.