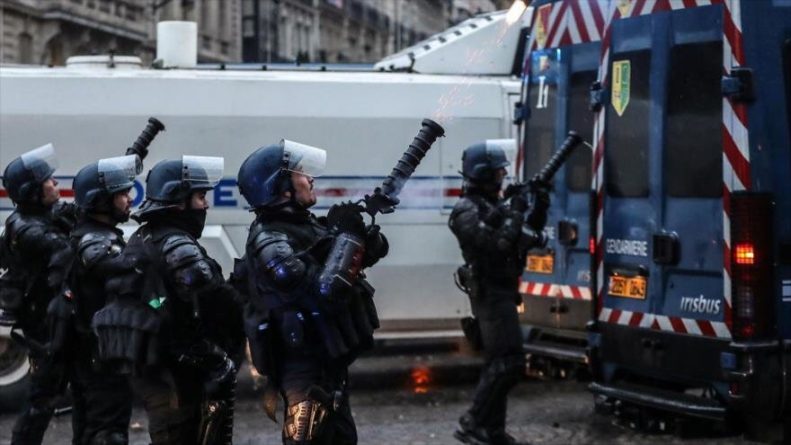 The president of France, Emmanuel Macron, warned that if the indignant ‘yellow vests’ continue with their protests, they will receive a ‘severe response’.

The French president, visiting Chad, appealed on Saturday night “order, calm and concord” in response to the mobilizations of the so-called “yellow vests”. That same day they also concentrated, for the sixth consecutive week , in the center of Paris (French capital) and in other cities, to demand profound changes in the economic agenda.

“It is obvious that there will be a severe judicial response. Now it is order that must reign, calm and concord. Our country needs it, it needs harmony, unity, a sincere commitment,” Macron said in statements to the local channel BFMTV.

The French president stressed that he is in “permanent contact” with the French Interior Minister, Christophe Castaner, to be informed of everything that happens.

For his part, the French Prime Minister, Edouard Philippe, has promised on Sunday severity in the face of “unusual violence” and “anti-Semitic gestures in the middle of Paris”; In addition, he condemned the mock beheading of Macron that took place during the demonstration in the French city of Angouleme.

“A simulation of decapitation of the head of state … Aggressions of an unprecedented violence against the police … Anti-Semitic gestures in the center of Paris … It is clear that trivializing such acts should be subject to unanimous condemnation and criminal sanctions,” said Philippe through his Twitter account.

The protests of the “yellow vests” in France, which have been violently repressed by the police, have been settled so far with ten people killed and a large number of wounded.

On Saturday, the French police arrested at least 220 people during the protests that took place that day.

The demonstrations of the “yellow vests” began on November 17 against the increase in the price of fuel and the cost of living.