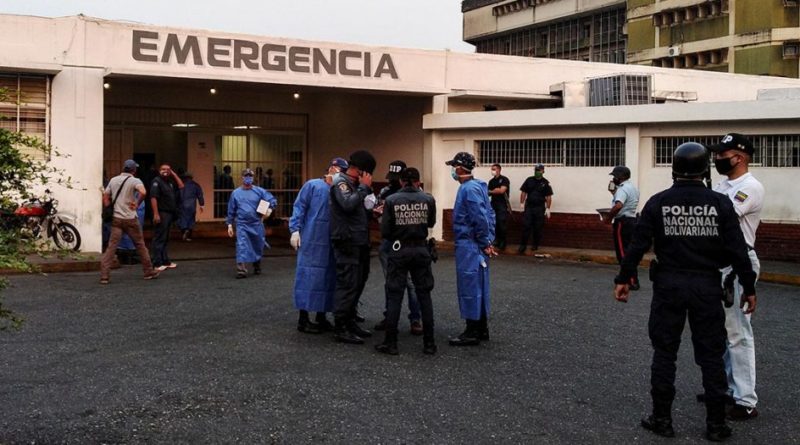 On the morning of this Wednesday, May 13, the attorney general, Tarek William Saab, offered details on the charges for the incident that occurred in the Llanos Penitentiary Center (Cepella), located in Guanare, Portuguese state, that happened at beginning of May.

These events left the unfortunate balance of 47 detainees deceased and 69 injured. The attorney general announced, through a public TV broadcast on Venezolana de Televisión (VTV), that the prison director, 5 officials and 4 inmates have been charged.

It all started when the negative leader, alias “Olivo”, started protesting “alleged irregularities during visits”. Due to the lack of attention to his claim, the inmates broke through a fence and attacked the prison director. These events led to a confrontation with police officers, who repressed the [outburst] with unnecessary violence and serious violations of human rights. Saab explained that alias “Olivo” started the protest in retaliation for the arrest of a person who served as his personal assistant outside the prison.

Instead of using tear gas to disperse the inmates during a protest at Los Llanos Penitentiary Center, members of the National Guard, which oversees prison security, “unfortunately, for containment, used firearms,” Saab said.

Saab added: “Eight of them received a legal medical postmortem examination, technical inspections were carried out, projectiles were collected and a planimetric analysis of the site of the event was carried out,” and the attackers were thus identified.

Featured image: Health workers and members of the Bolivarian National Police await the arrival of prisoners outside the Dr. Miguel Oraá hospital in Guanare, Venezuela, May 1, 2020. REUTERS / Manuel Alvarado