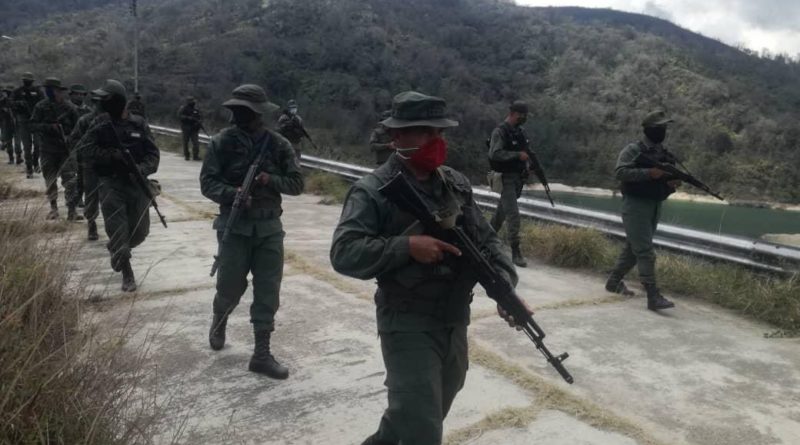 This Wednesday, May 13, the capture of another of the mercenaries involved in the failed Operation Gideon was announced, in the mountainous area of Petaquirito, La Guaira state. The name of the captured mercenary has not been disclosed yet.

The information was provided through the Twitter account of the Bolivarian Navy: “Within the framework of Operation Negro Primero, the eighth Sea Command Brigade operating in the Redod Capital Zodi La Guaira, under the command of Ceofanb, in patrolling, is capturing mercenaries or terrorists in the mountainous area of Petaquirito.” Operation “Negro Primero” was created to capture all those involved in the failed terrorist raid. In this case, members of the Commands of the Sea Brigade carried out patrols under the command of Ceofanb (Strategic Operational Command of the Bolivarian National Armed Force) in the aforementioned mountain area.

With this capture, more than 40 mercenaries involved in Operation Gideon are already in Venezuelan custody. They were trained in Colombia to create a chaotic situation to overthrow President Nicolás Maduro.

In the early hours of May 3, the Venezuelan military detected two speedboats on the north coast, specifically in the Macuto area, La Guaira state, 20 minutes from Caracas, which the mercenaries were using to infiltrate Venezuelan territory.

According to the attorney general, Tarek William Saab, 10 rifles, high-caliber pistols, six trucks and cartridges of various calibres were seized.

Maduro stated that the United States government is ‘absolutely and completely’ involved in the failed maritime raid. According to the president, the main objective of the frustrated raid was to kidnap/kill him.