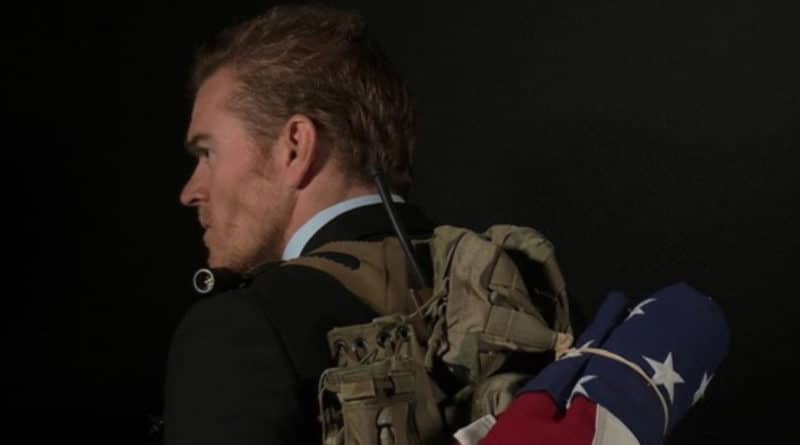 A Canadian who served with the U.S. Army Special Forces says he was at the centre of a thwarted coup attempt in Venezuela this past weekend – and described his role in the plot on Twitter.

Before fighting with the Green Berets in Iraq and Afghanistan, Jordan Goudreau, 43, has said he enlisted with the Canadian Forces in the 1990s and studied computer science at the University of Calgary.

Mr. Goudreau, now a U.S. citizen, retired from the U.S. military a few years ago to start a Florida-based security company called Silvercorp USA. Mr. Goudreau showed up on social media on the weekend saying he had helped arrange the coup attempt and regretted he was unable to join two fellow former members of the Green Berets who were captured trying to infiltrate Venezuela by boat with a group of others.

RELATED CONTENT: This was the SilverCorp Mercenary Firm’s Rescue Plan for Operation Gideon

Early this week, President Nicolas Maduro said his officials captured two Americans among a group of mercenaries that were part of a plot co-ordinated by the U.S. government and backed by Colombia.

U.S. President Donald Trump has denied any involvement. “It has nothing to do with our government,” Mr. Trump said on Tuesday. But there is evidence and testimonies that point all the way to the White House.

In a video posted to Twitter on Sunday Mr. Goudreau spoke about plotting a “daring, amphibious raid” launched from Colombia.

“Our men are continuing to fight right now. Our units have been activated in the south, west and in the east of Venezuela,” said Mr. Goudreau, wearing a ball cap and golf shirt.

Drew White, who served with Mr. Goudreau in the Green Berets in Iraq, said he was a single-minded force of nature as a soldier. “He was incredible. He was who you wanted in the trenches with you,” Mr. White said in an interview with The Globe and Mail.

He described Mr. Goudreau as a decorated U.S. commando – and the best man at his wedding. Mr. White said he and Mr. Goudreau served with Airan Berry and Luke Denman, the two former U.S. soldiers captured in Venezuela.

“It’s sad,” Mr. White said. “Honestly, they were exceptional guys with exceptional service records and then they just blow it up over this.”

On Monday in a nationwide televised address, Mr. Maduro said his authorities arrested 13 terrorists and several people were killed in the capture operation. Officials said Tuesday that six mercenaries died.

Mr. Maduro showed the U.S. passports and other identification cards of Mr. Berry and Mr. Denman. Venezuela’s Attorney-General has said the government has arrested 114 people in connection with the attempted attack.

Mr. Goudreau did not respond to requests from The Globe for comment. But he has told other newspapers in recent days the landing in Venezuela was part of a mission he called Operation Gideon, and that he had been in close communication with the two captured Americans.

The U.S. government “should engage and try to get these guys back,” Mr. Goudreau told The Washington Post.

The Associated Press quoted Mr. Goudreau as saying he signed an agreement with Venezuelan opposition leader Juan Guaido to overthrow Mr. Maduro’s regime. Mr. Guaido has denied any involvement but the signed contract, videos and audios released by the same Goudreau point at him as directly behind the plot.

The United States is waging a sanctions campaign against Mr. Maduro’s government. Canada and the U.S. support Mr. Guaido as “interim leader” of Venezuela. Canada has played an active role in the Lima Group, a block of countries formed by the US to provoke a regime change through diplomatic channels in the South American country, that has proven being an unsuccessful tool to oust the legitimate government of President Maduro.

His LinkedIn profile says he worked for a few years in Washington before enlisting with the U.S. army several months before the Sept. 11, 2001, attacks.

He served in Iraq and Afghanistan as a sergeant first class with the 10th Special Forces Group in Germany – which is part of the Green Berets.

“We were essentially carrying out strike missions against high-level terrorist leaders,” Mr. White said. He said his friend had spent time in the Canadian Forces. “He told me ‘I’m from Canada, I got my degree in Canada, and then I moved to D.C.’”

Mr. White said Mr. Goudreau’s military career ended when he was nearing the age of 40, after he suffered back injuries and a concussion in a parachuting accident.

In 2018, Silvercorp USA was founded in Florida by Mr. Goudreau.

Mr. White said the corporate plan was to sell the services of former commandos to guard schoolchildren from potential threats such as shootings. “It was set up in order to place transitioning special-operations soldiers into schools,” Mr. White said.

Mr. White said he gave some advice to help set Silvercorp up, but broke ties with the company more than a year ago, when Mr. Goudreau started talking about launching an operation in Venezuela.

He wanted no part of it.

“I used to be an assaulter. I used to kick in doors to the left and right of him,” Mr. White said. “But that’s a chapter of my life that’s done.”

Source URL: The Globe and Mail

With editing by Orinoco Tribune