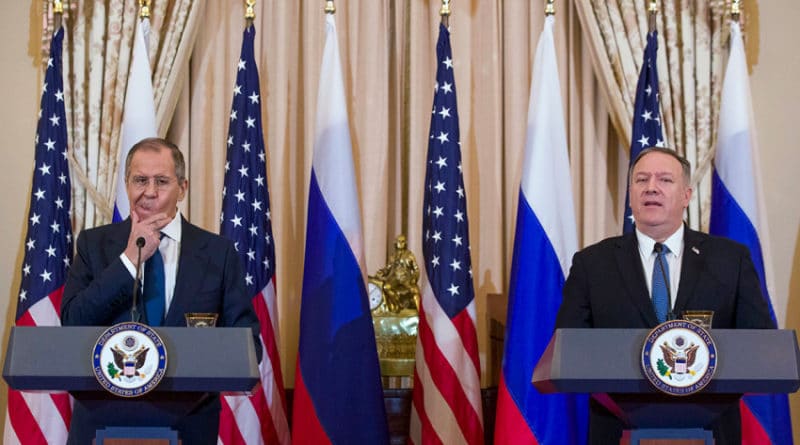 On Tuesday, US Secretary of State, Mike Pompeo, asked his Russian counterpart, Sergey Lavrov, for Juan Guaido to be recognized as president of Venezuela by Russia.

“The longer Nicolás Maduro remains in power, the deeper the misery of Venezuelans will be. We have asked the Russian government to support the democratic aspirations and legitimacy of interim president Juan Guaidó, ”said Pompeo after a meeting with Lavrov.

As if that were not enough, Pompeo highlighted the meddling in Venezuela affairs by remarking what the United States considers “free and fair presidential” elections in Venezuela, to mean leaving Nicolas Maduro off of the list of candidates in future elections.

For his part, the Russian Foreign Minister defended the self-determination of the people of Venezuela and stressed that Venezuelans themselves are the ones that must decide on political change in their country.

Additionally, he highlighted the role of Russia with respect to the situation in Venezuela and their support to the National Negotiating Table set up between the Bolivarian government and the opposition, a process sabotaged strongly by the United States through pressure and orders to leaders of the Venezuelan right.

In an upside down world perspective, during the meeting of the two Chancellors, Pompeo warned Lavrov that election meddling in the US 2020 presidential race is seen as unacceptable by the US.

Additionally Lavrov added -after the meeting- that he warned Pompeo to avoid military plans in Venezuela remarking that any move in that sense would be catastrophic and unjustified.