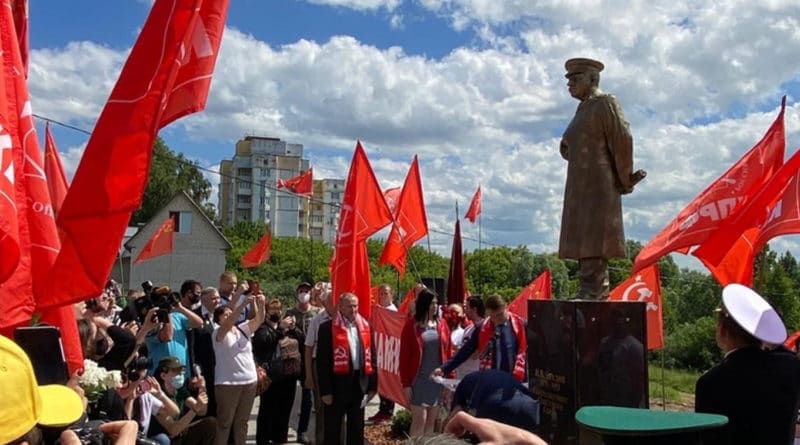 A monument dedicated to Soviet leader Joseph Stalin was unveiled yesterday, June 24th, in the Russian city of Bor, in Nizhny Novgorod region. The initiative for the installation of the statue belongs to Alexei Zorov, head of the local branch of the Communist Party of the Russian Federation.

Stalin’s statue was unveiled during an event attended by more than 400 people, including cadres and members of the Communist Party.

Addressing the event, the head of the CPRF regional committee Vladislav Egorov referred to the leadership of Joseph Stalin, his contribution in the formation of the Soviet Union and the development of Soviet economy and his great service in the Great Patriotic War and the triumph against the Nazis in the Second World War.

“Joseph Vissarionovich Stalin is the person thanks to whom the country was able to overcome the brown plague – Fascism” pointed out Egorov, adding that Stalin “was an unusually gifted man” who “managed to continue the work of Lenin” and “a man who managed to make a breakthrough in the economic development of the country when no one expected such a breakthrough.”

“Stalin is a symbol of Victory – said Vladislav Egorov – a genius, the greatest man of the 20th century!” 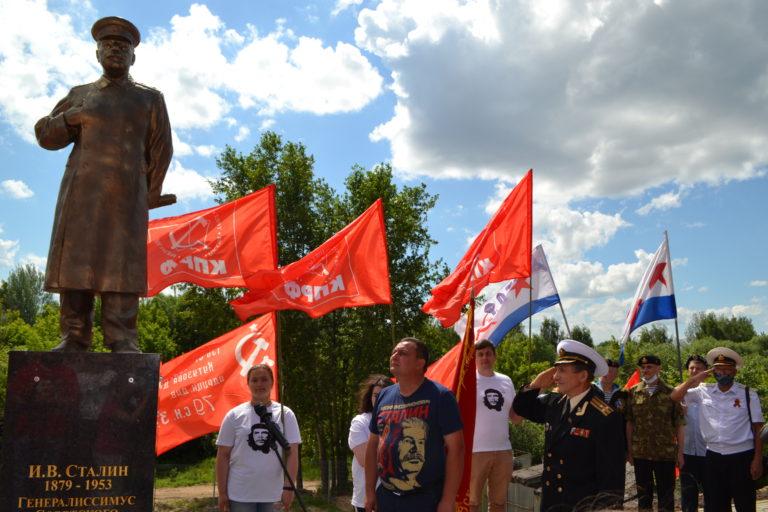 Many Russians associate Stalin with the country’s greatest achievements, including the Soviet victory in World War II. In a 2019 poll, Stalin’s approval rating hit an all-time high of 70% among Russians.

From its side, the city administration of Bor announced that the statue was erected without the necessary approval by the local authorities and pledged to conduct an investigation in order to provide a legal assessment regarding the monument’s installation. In response to these statements, Alexei Zorov said that the place where the monument was erected is part of his property and he has the right to use it according to his discretion.

The unveiling of Joseph Stalin’s monument in Bor comes four days after the event for the installation of Vladimir Lenin’s 2-meter statue in Gelsenkirchen, Germany, apparently making anti-communists and reactionaries boiling with anger and frustration.