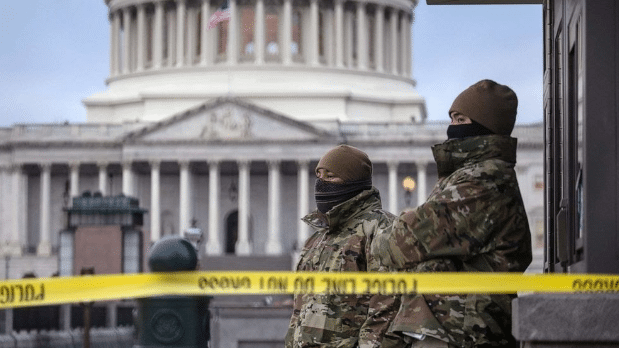 Following the past month’s events, the US can no longer imagine they’re in a position to lecture other nations about censorship. All and sundry see that the US doesn’t possess any moral high ground from which to dictate standards of free speech or free markets, either within their own nation or beyond. This perception is crystal clear to everyone from politicians and economists—including ardent US defenders—to the coming generation of carefree and relatively uninformed youth.

Jailing Assange
Three widely covered stories determined this cultural and political reality. The first was the decision of UK courts on the Julian Assange case rendered on January 4. Of course, this case of US suppression of press freedom began eleven years ago and has been smoldering in the media ever since. However, the barrage of publicity surrounding the January 4 UK announcement, which continued Assange’s imprisonment in London’s Belmarsh Prison, highlighted the repressive role of the US. In early January the social media firestorm surrounding the announcement catapulted Assange news beyond the realm of activists and press advocates and into the mainstream consciousness. Amnesty International USA voiced their discontent, joining organizations including the Center for Constitutional Rights Committee to Protect Journalists, the First Amendment Coalition, the Freedom of the Press Foundation, Human Rights Watch, Index on Censorship, the National Coalition Against Censorship, Reporters Without Borders, and many more. In an open letter they collectively stated that the government’s persecution of Assange posed a “grave threat to press freedom both in the United States and abroad.”

RELATED CONTENT: Verdict in Julian Assange’s Extradition Case to be Delivered on Monday

Censoring the president
The most striking example of US censorship surfaced just two days later, on a grand scale, following the January 6 storming of the Capitol instigated by then-President Trump. In the aftermath of the event, communications corporations banded together to censor Trump while he was still acting as head of state, and silenced his supporters across multiple platforms.

“The President of the United States was banned from Twitter, which legitimizes all subsequent bans on anyone, on any political ground, and certifies the banning of hundreds and hundreds of accounts, including many Iranian accounts, which were banned simply because the content that they published on Twitter, and many other social media platforms, contradicted US foreign policy imperatives,” commented author and journalist Max Blumenthal. “These are our digital commons, this is our Hyde Park, this is our public space—but it’s privatized—and there are government organizations related to the intelligence services, through cutouts like the Atlantic Council, to censor social media.”

This was political censorship at the highest imaginable level, levied against the sitting leader of the nation, led by the corporate sphere acting in tandem with the military and intelligence apparatus.

Crushing the working class
Finally, toward the end of the month the so-called GameStop affair dominated international headlines for a few days as small-scale US investors, through a campaign on the popular website Reddit, acted in concert and took on hedge fund investors. Following euphoric gains by small online traders, Wall Street reacted rapidly. The Robinhood trading application, used by many small investors to buy “viral” stocks, banned purchases of GameStop, AMC, Blackberry, and others, and forced users to sell their shares. Google snapped into action and deleted over 100,000 related comments.

RELATED CONTENT: ‘At First I Thought it Was a Joke’: Academic Media Censorship Conference Censored by YouTube

“Capitalism has no problem when the working class plays, but has an issue when the working class starts winning,” stated New York congressman Jamal Bowman. “The system is rigged.” A poll shows that 28% of US adults purchased GameStop or similar viral stocks in January alone. Corporate USA, referring to irrelevant hate speech provisions as a pretense, nipped the financial “insurgency” in the bud. The media cyclone that whirled around the crackdown sent the clear message, not only to tens of millions of participants, but to all those following the trending story, that the vaunted “free” market—the ideological lynchpin of the US economy—was anything but. President Biden did nothing about the violation of economic rights, and a young generation learned firsthand that their liberty was illusory.

Within a mere 30 days, the US confirmed without question that in the fields of journalism, politics, and economics, free speech is not permitted in the country. When the exercise of freedom runs counter to the interests of the ruling class, the government and corporate apparatus act in tandem to suppress and censor it. In addition to undermining the crumbling façade of democracy and capitalism within its own borders, the charade of January 2021 further hollows out US soft coup attempts abroad.