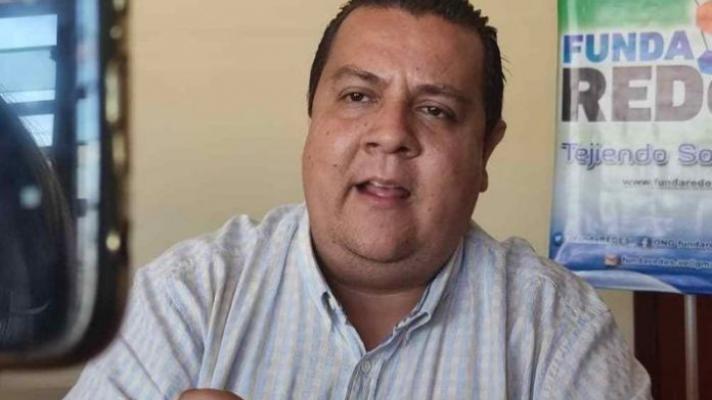 The Attorney General informed of the charges during a press conference held on July 6.

José Javier Tarazona, director of NGO Fundaredes, had been spreading serious accusations against the Venezuelan government, his only evidence being an undated photograph. Tarazona claimed that a direct link exists between institutions of the Venezuelan government and Colombian guerrilla groups such as the National Liberation Army (ELN) and the Revolutionary Armed Forces of Colombia (FARC).

Tarazona also claimed that the ELN has presence in 21 states of Venezuela.

RELATED CONTENT: What is Behind Arrest of Javier Tarazona from NGO Fundaredes?

Additionally, Tarazona had asserted that the Venezuelan government had business liaisons with criminal gangs in regard to gold, diamonds and coltan extraction, as well as with narco-trafficking groups.

Attorney General Saab pointed out that this allegations aimed at ”creating a negative opinion [about the Venezuelan government] at the international level, consequently paving the way for new aggressions against Venezuela, as well as justifying future foreign interventions inside the national territory.”

The Office of the Attorney General had requested an arrest warrant from the Third National Level Terrorism Court, which has been granted. The three aforementioned suspects were arrested on July 2 and were handed over to the Court that charged them with the crimes of inciting hatred, treason and terrorism, a day later.

The findings of the preliminary investigations confirm that the Fundaredes director had been having conversations with foreign agents. According to evidence found on the telephones of the detainees, the accused had been instructed, though international telephone numbers, to accuse Venezuelan authorities of having ties with ELN and FARC. Attorney General Saab stated that this was done ”with the purpose that Venezuela be categorized, at the international level, as a State sponsor of terrorism.”

Media operation aimed at Criminalizing The Venezuelan Government
At the time of Tarazona’s arrest, anti-Chavista groups ran a disinformation campaign about the case, claiming that Tarazona had been ”disappeared.” Now that Tarazona has been produced at court and charged, these groups have started claiming that he is a ”political prisoner.”

Alfredo Romero, director of Foro Penal, an NGO that has received funding from the United States to criminalize the Venezuelan state, is one of the people promoting this narrative.

Venezuelan news website La Tabla provided further details about José Javier Tarazona’s profile, which shows that he is an anti-Chavismo political operator with close ties to Colombian intelligence and the Uribe right-wing.

Born in Táchira, Tarazona is a ”longtime” member of the former COPEI political party and a member of a faction belonging to the Centrist Democrat International (IDC-CDI), which in turn is a political ally of OAS General Secretary Luis Almagro.