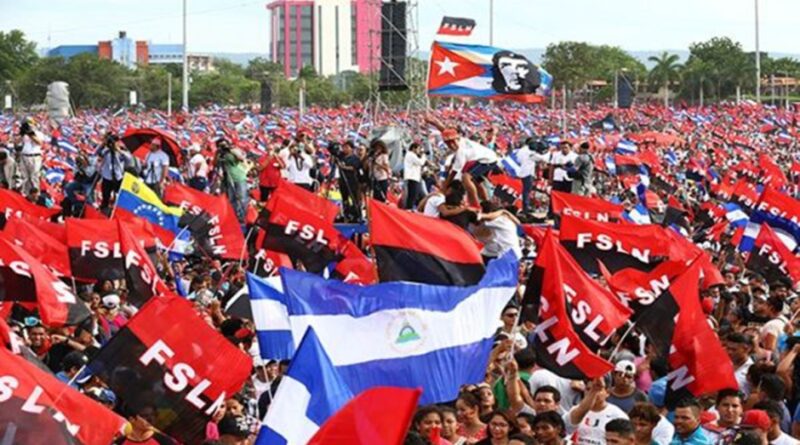 Little is reported in Europe about the social, political, and economic situation in Nicaragua, and when it is, it is done poorly, or in a manipulated fashion, particularly regarding the upcoming elections on November 7. Faced with charlatanism and cheap propaganda, I will contrast this with real and concrete data.

The electoral campaign and the counting of votes
On September 25, the electoral campaign, which will last until November 3, kicked off. An atypical campaign due to the health emergency caused by the COVID-19 world pandemic, the campaign is nevertheless taking place in an atmosphere of peace, tranquility, justice, tolerance, respect, full guarantees, peaceful coexistence, and citizen security. Preventive measures have been established based on a commitment to the health of all Nicaraguans. The Supreme Electoral Council (CSE), in compliance with the health authorities, has implemented a biosecurity protocol for campaigning, which includes measures such as avoiding large in-person events, implementing a maximum event time of one hour and thirty minutes, and not carrying out electoral caravans. To date, all candidates are respecting the protocols.

After the campaign, voting will take place. Out of common sense, only two observer agencies, out of dozens that could be used, have risen above the media nonsense repeated like a manta without any journalistic context, regarding the alleged lack of democratic guarantees and human rights in the process. One, the Procuraduría para la Defensa de los Derechos Humanos (PDDH), with wide technical and professional experience in electoral processes, will cover all the voting centers. Secondly, the Political Parties and Alliances will propose more than 190,000 accredited observers for the Juntas Receptoras de Votos (JRV). If we take into account that there are 13,459 Polling Stations, there will be 14 citizens fully supervising the activity at each polling table, or 61 for each polling station. It seems clear that the candidates have transparent and sufficient means to guarantee a free and fair electoral process, scrutiny included.

Recently, I have analyzed several surveys, studies, publications with scientific rigor… regarding the political moment in the Republic of Nicaragua. One of the most interesting works is one published by Consultoría M&R, an independent market intelligence agency with more than 30 years of experience. I present a piercing piece of information from my research: 94.4% of respondents say that “for the good of the country the results of next November’s elections must be accepted.” And the fact is that, although it is not said, Nicaragua, with its government at the helm, is doing what is necessary to guarantee free, transparent, and competitive elections. Democracy, it is called. And this is why almost 64% of Nicaraguans say they are enthusiastic about this electoral process.

The political and social stability and the process of economic recovery—as much as it may be denied by imperialists and their lackeys—is a fact, and this is confirmed by the data on the probability of emigration from the country. If in 2004, 69.4% of Nicaraguans indicated the possibility of emigrating, now only 36.6% are considering it, a lower rate, in many cases, than the rest of Latin American countries.

Nicaragua has problems, like any other country in the world, and more than two thirds of the citizens are aware of them, but the same population index views positively the government’s capacity to solve and manage them, and most importantly, has confidence that this will be the case. Not in vain, more than 71% of the population shows confidence and trust towards the work carried out by President Daniel Ortega and Vice President Rosario Murillo. Up to 93% of the population respects its legitimacy, while a very low 7% rejects the work carried out by the leader of the Sandinista Front.

The above indexes are also reflected in the opinion of the people regarding the “direction in which President Ortega is leading the country”: 63% think that they are going in “the right direction.” And this must be why 92% of Nicaraguans share Daniel Ortega’s message of unity to be “stronger” and “defeat poverty,” or why almost 77% advocate the “reestablishment of the tripartite dialogue” after the November 7 elections. The country’s return to peace, stability, and progress is undoubtedly the main challenge to be faced by the Sandinista project if, as is foreseeable, it wins the elections. Hence, the importance of these elections, which could break the participation record set in1990, and were qualified as “very important” by 89% of the population.

Living in peace and freedom
“Living in peace and freedom” is the image of Nicaraguan democracy for more than half of the population, who give a high grade to the index of respect for fundamental rights in the country, such as freedom of religion, the right of citizens to own property, freedom of enterprise, the right to move within the national territory and abroad, the duty and right to elect the country’s authorities by means of voting. Similarly, 68.8% believe that the right to express oneself freely is honored, with 68.2% approval for the human rights of the population, and with 66.2% approval for freedom of expression of the media.

The index of satisfaction with public services offered by the government is also very high, with an average of 72.1% of Nicaraguans satisfied with the state of the roads, the educational system, the interurban transportation service, the domestic energy service, access to drinking water, public health services, public lighting, security… and job opportunities.

A large majority believes that the degree of freedom in Nicaragua is high, so that citizens can think, say, and do what they consider, as long as the laws and good customs of society are respected.

For 68.6% of Nicaraguans, the most important aspect of democracy is that the people have real opportunities to improve their quality of life, while 25% focus on the holding of elections. In this electoral section, 83.3% understood that if the people so decide, whomever holds government can be re-elected, without any issues, to a new term, while 13.8% consider that under no circumstances should re-election be allowed.

The Nicaraguan people are openly in favor of quality public services, as opposed to public-private partnership models. Thus, 98.3% are in favor of a public health system, while a derisory 1.7% prefer private health care. The same occurs with education, where 97.7% of the population defends free education.

This trend does not vary with regard to basic vital resources such as access to energy, water, or housing, where there is broad support for the policies promoted by the Sandinista government to guarantee universal accessibility and subsidize these goods for those who need them most.

It is likely that none of this data I have presented here will appear on the front pages of newspapers or be news in any European media, but it is accessible information proving the degree of known social justice  disseminated throughout the country. Nicaragua moves forward.

Ismael Sánchez Castillo is a Member of the Parliament of Andalusia