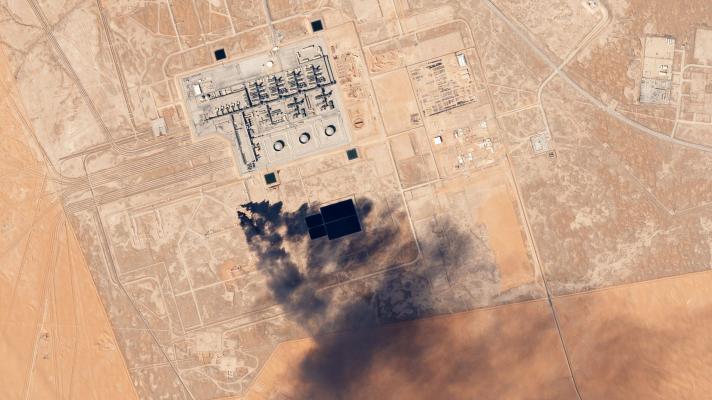 Oil prices have risen sharply to more than $70 per barrel following recent drone and ballistic missile attacks by the Yemeni Army and People’s Committees fighters against Saudi Arabian oil facilities and military targets.

RELATED CONTENT: Yemenis not to be Fooled by US Words on Ending Support for Saudi War: Houthi

The significant rise in prices came after the Saudi Arabian Ministry of Energy confirmed a drone strike on an oil tank facility in Ras Tanura, one of the world’s largest oil shipping ports.

Brigadier General Yahya Sari, a spokesman for the Yemeni Armed Forces, earlier announced that the Yemeni Army had launched eight ballistic missiles and 14 bomb-laden drones in a “broad operation in the heart of Saudi Arabia.”

Sari said the attacks hit Aramco facilities and military sites in Asir province and the cities of Dammam and Yizan, adding that Yemeni forces also shot down a Saudi reconnaissance drone over Yemen’s Al Yauf province.

The attacks are the most serious against Saudi oil facilities since a September 2019 operation against a key processing facility and two oil fields. Though responsibility for that attack was claimed by Yemen’s Ansarullah movement, Riyadh and Washington blamed Iran. Tehran has categorically denied, however, any involvement in the attack.

The recent drone strike comes in response to years of Saudi attacks on Yemen with the goal of imposing—with the help of the United States—a puppet government.

Featured image: This is not the first time that Yemenis have attacked Saudi Arabia’s oil infrastructure (Photo: Planet Labs).