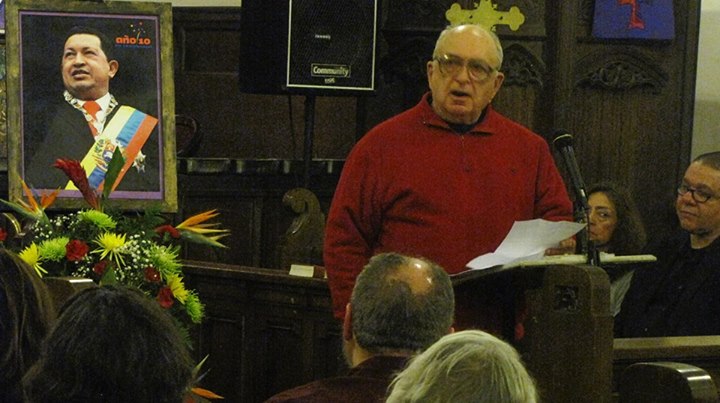 The Latest Attacks by the U.S. Government on Venezuela and the Responsibility of the Peace and Justice Movement.

By Betty and Neal Resnikoff (nealbetty@aol.com)

We join with others who are opposing the latest U.S. attempted coup against the elected Venezuelan government. The U.S. government is the actual organizer and funder of this latest assault on the right of the Venezuelan people to carry out their desires for independent development of their country. The opposition is a tool of the U.S.

It is important for the Peace and Justice Movement to educate Americans broadly about why and how the U.S. government –Trump and his predecessors—have worked so long to bring about regime change—without success.

Why Has the U.S. Government Used Every Gangster Method to Overthrow the Bolivarian Revolution of 1999 and Its Progressive Development?

First, under the leadership of Hugo Chavez, Venezuela’s oil wealth was brought under Venezuelan control—blocking U.S. corporations from making the superprofits it was allowed to take by the old right-wing government.

Second, the Venezuelan government’s has worked to empower the people to overcome poverty and tremendously increase education to health care for all. Everyday people are making decisions at the base, developing democracy. Venezuela’s achievements stand out as an inspiring example to people throughout Latin America. The U.S. fears that they will break free of U.S. control, just as Cuba, Nicaragua, and others have been doing.

Third, Venezuela led other Latin American countries to establish ALBA—a means of breaking free of the U.S.-dominated International Monetary Fund, which strangles the people. IMF loans require governments to starve and impoverish their people to pay off debts to banks. Venezuela used its oil wealth to help finance ALBA and establish an independent cooperative economic arrangement.
Fourth, Venezuela’s Bolivarian Government used its freedom from U.S. control to speak out publicly – in the UN and elsewhere, and shame the U.S. for its international crimes. Everyone remembers Chavez’ thundering condemnation of the U.S. in the UN.

How Has the U.S. Government Tried to Bring About Regime Change—Using Open and Disguised Methods?

First, using funds stolen from American working people, the U.S. has financed candidates supported by wealthy Venezuelans who wanted to get back into power to seize Venezuela’s resources for themselves.

Third, the U.S. has imposed crippling sanctions on Venezuela to starve it into submission, and then pretend sympathy for the economic hardships which it has caused.

Fourth, the U.S.—under Trump and previous administrations—has continued to threaten military attack, but this too has failed to stop the progress of the Bolivarian Revolution.

All this is a danger to Venezuela and to other Latin American countries like Nicaragua and Cuba, who are also targeted by the U.S. government, with banks and corporations behind it. The chaos the U.S. is manufacturing could lead to regional disruptions and war.

Once again, the U.S. has attempted to bring about a coup—backing the right wing politician Juan Guaido. This week, Trump recognized this illegitimate “government” which claims to have the support of Venezuelans.

President Maduro immediately denounced this latest attempt at regime change and broke diplomatic relations with the U.S., ordering U.S. diplomats—‘Be gone!”
Venezuelans have outlasted all U.S. attacks and have no intention to bow to the latest gangster U.S. moves announced by Trump:

All of these attacks on Venezuela’s sovereignty are illegal—in defiance of international law as expressed, for example, in the UN Charter.

Throughout the world the U.S. has cynically promised to bring democracy and prosperity. The U.S.. government is hated worldwide because what it actually brings is death and devastation.

Peace and justice-loving Americans cannot stand by when so much is at stake both for people throughout the world, and for American working people whose tax dollars and youth are used to attack people who have not attacked us. The anti-war movement will take up its responsibility to expose the lies of the government and the corporate-owned media, and to mobilize active opposition.

We demand an end to all the crimes of the U.S. government—which does not represent us.

Stop U.S. attacks on the peoples abroad and at home. 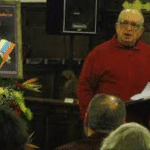