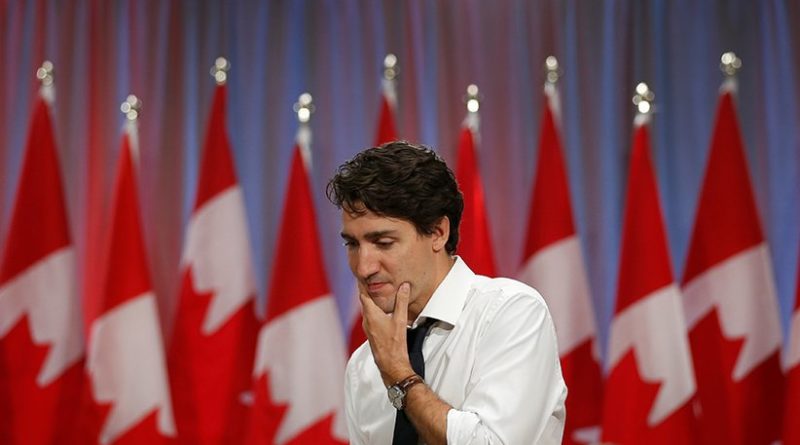 I am addressing you as a concerned Canadian regarding Canada’s foreign policy position vis-à-vis Venezuela.

Your government has announced a meeting of the so-called Lima Group on February 20, 2020 for the reported purpose of “build[ing] on [Juan] Guaido’s recent international travels.”

In fact, I have read with great distress about your meeting in Ottawa with Mr. Guaidó who many, including myself, regard as an impostor from Venezuela. Your government has recognised Juan Guaidó as the “interim president” of Venezuela, a title that he unconstitutionally bestowed upon himself without ever participating in democratic presidential elections. At the same time, your government has declared as illegitimate the presidency of Nicolas Maduro who was elected in democratic elections as witnessed by international observers.

Can you tell Canadians why your government recognises a self-appointed “president”, contrary to Canada’s proclaimed principle of democratic and constitutional order and, more importantly, contrary to the UN recognition of the Maduro government together with 120 UN member States? Is Canada operating outside the global institution of the United Nations?

Mr. Guaidó has no legitimate claim to the presidency of Venezuela. He appointed himself on a street in Caracas. As I mentioned, he has never participated in presidential elections, and as an impostor he has made several coup attempts such as the one in April 2019 against the constitutional government of Venezuela. Those are the qualifications of your protégé.

Can you tell Canadians why your government tolerates undemocratic actions in other countries – including the recent military coup in Bolivia directed against the indigenous people of that country – while it represses legitimate protests of the Wet’suwet’en First Nations in Canada defending their ancestral land from threats of environmental devastation?

Only a small minority in Venezuela supports Mr. Guaidó. However, while Venezuelans have a sovereign right to resolve their differences based on their constitutionally granted freedoms and legal system, Canada – your government – has no business in interfering by any international standard except a bullying attitude.

Can you tell Canadians which international law gives your government the right to interfere in Venezuela?

I am sure that you would not conceive of any foreign country interfering or intervening in the internal affairs of Canada.

Can you tell Canadians the logic of your government’s blatant double standard?

As we all know, the OAS has not been able to gather the sufficient number of votes to condemn the legitimate government of Venezuela – when still an OAS member – because the majority of OAS member States correctly opted to abide by Article 19, Chapter IV of the OAS Charter that specifically states, “No State or group of States has the right to intervene, directly or indirectly, for any reason whatever, in the internal or external affairs of any other State.” Nevertheless, your government has taken upon itself the role of co-opting a splinter group of about a dozen OAS countries called “Lima Group” with no other purpose than to delegitimise the government of Nicolas Maduro.

Can you tell Canadians why your government has taken such a position – that knowingly breaks international law – to interfere in Venezuelan affairs?

Many in Canada question the close alignment of Canadian foreign policy with US foreign policy that is fully evident in the military interventions in the Middle East on the side of the US. In reference to Venezuela, I am aware that on September 5, 2017 the Canadian government formed a bilateral association with the US government. The association called on the two members to take “economic measures” against Venezuela and persons close to the Venezuelan government. To implement this decision, on September 22, 2017, Canada imposed its own unilateral sanctions against Venezuela, Venezuelan officials and other individuals. These were followed by further sanctions.

Can you tell Canadians why Canadian foreign policy is so aligned with US foreign policy whereby the two governments are imposing an economic and financial blockade against Venezuela in an attempt to paralyse its economy, and cause severe suffering and deaths among the civilian population?

I am aware that your government has developed a “Joint Action Plan on Critical Minerals Collaboration” with the US. The announcement of the plan stated the importance of, “advancing our mutual interest in securing supply chains for the critical minerals needed for important manufacturing sectors, including communication technology, aerospace and defence, and clean technology.” Of particular concern is the statement, “The Action Plan will guide cooperation in areas such as industry engagement; efforts to secure critical minerals supply chains for strategic industries and defence.” It is well known that Venezuela holds the largest proven oil reserves as well as large reserves of minerals including gold. I am also aware of the Canadian corporate interest in Venezuelan gold that has enticed corporations like Crystallex to file legal claims in US courts against illegally seized Venezuelan-owned oil company Citgo.

Can you tell Canadians that your government is not pursuing a regime change in Venezuela guided by an imperialist agenda of “securing critical minerals supply chains”, which Mr. Guaidó seems more than willing to allow (without authority) contrary to the will of the majority of Venezuelans?

Finally, given Canada’s record of a foreign policy prone to involvements in wars like in the Middle East, and turning a blind eye to human rights violations for the sake of arms sales like in Saudi Arabia, I doubt Canada’s impartial role in global decisions based on sound principles of non-aggression, non-intervention, human security, and respect for human life and dignity. Certainly, your government’s association with countries of the Lima Group that have serious human rights records (like Colombia) does not lend your government much credibility.

Can you tell Canadians why Canada deserves a seat at the UN Security Council, for which you are currently campaigning?

Mr. Trudeau, I expect you to address explicitly all the questions I posed above for my sake and the sake of many in Canada who share my concerns.

I will continue to express my utmost rejection of your government’s interference in the domestic affairs of Venezuela based on principles of international law, on principles of democratic values that should not be biased and have double standards, as well as on principles of not causing harm and hardship to a population that has no ill intentions against Canada.

I urge the Canadian government to leave the Lima Group, end all sanctions against Venezuela and pursue a path of cooperation, dialogue and peace-building in the region. I assure you that it is possible to pursue respectful trade relationship while following a different social path as in the case of Canada and Cuba.

Let it be known that it is not Venezuela that constitutes a danger to regional peace nor its socialist path, but rather the warfare, aggression, threats and siege of yours and the US government’s.

I know this because I am a Venezuelan-Canadian pledging my loyalty to social justice.