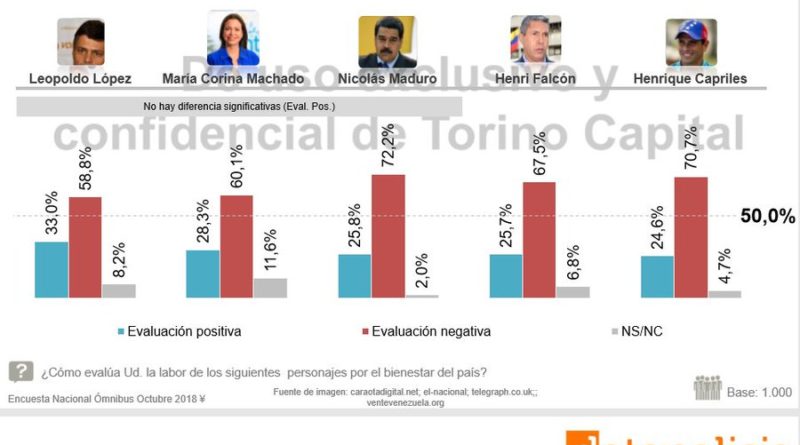 Venezuelan journalist José Vicente Rangel revealed on Sunday the results of a survey conducted by Hinterlaces, about the popularity and acceptance of opposition political leaders in Venezuela.

In a universe of 1580 direct interviews in homes across the country, from January 29 to February 12, 2020, people responded to the list of names of those who have so far sponsored, recurrently, the exit of President Maduro de Miraflores:

RELATED CONTENT: Venezuelan Head of State Highlights Venezuelan People’s Resistance One Year After the Start of the War Against the SEN