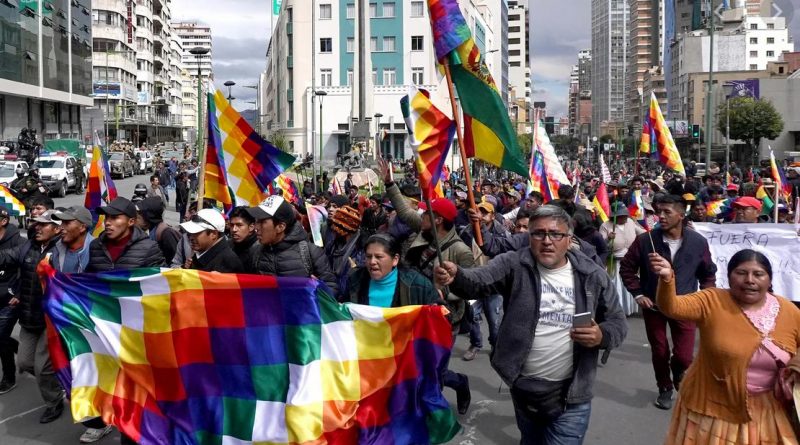 Anti-Imperialist Organizations and Individuals for Evo Morales and Bolivia

We, allied anti-imperialist organizations and individuals across the world condemn the rightwing coup against indigenous president Evo Morales that forced him and other members of the Bolivian government to resign. This coup is being undertaken to inflict the worst kind of violence upon class-conscious, indigenous revolutionaries who, under the banner of indigenous socialism, have forged the path toward self-determination and peace.

To this day, no evidence exists to demonstrate that the October 20 elections which Evo Morales won were fraudulent. As early as one day later – on October 21 – the Organization of American States (OAS) released a public statement in an attempt to discredit the election results without any supporting evidence. For all its claims of multilateralism and diversity, the OAS receives a disproportionate amount of its funding from Washington DC.

This is not the first time that the United States Government engaged in a coup in Latin America. This is not the first time that the U.S. government fully supported a member of the local economic and political elite whose aim is to restore the ruling elite bloc’s policies which are hostile to the interests of the majority.
Evo Morales’ rival, former Bolivian President Carlos Mesa, an agent of the Washington D.C. based think-tank, the Inter-American Dialogue, and a political figure known for his hostility towards indigenous socialism and partiality to multinational big business has the qualifications of an ideal imperialist comprador.

The contributions of the Movement for Socialism (MAS) – under the leadership of Evo Morales – enjoys enormous support from the indigenous population and the working class of Bolivian society. Its contributions to the political and economic advancements of Bolivia through the painstaking economic and cultural empowerment of indigenous people and workers is well known and is inspiring, especially at this time of neoliberal attacks on the world’s working people.

We stand together in unity with Bolivian workers, peasants, and indigenous people in their struggle against U.S. intervention and economic imperialism. We strongly condemn the comprador elite in Bolivia who are agents of U.S. imperialism. We are prepared to reinforce all efforts to bring the perpetrators of violence to justice, may it be in the form of support for our Bolivian friends and comrades and/or an international people’s tribunal that will hold the culprits in this electoral destabilization and rightist coup fully accountable for their crimes against humanity.

El mundo con Evo, so are we!
U.S. hands off Bolivia!
Defend the right to self-determination! Defend the people’s right to live in peace!