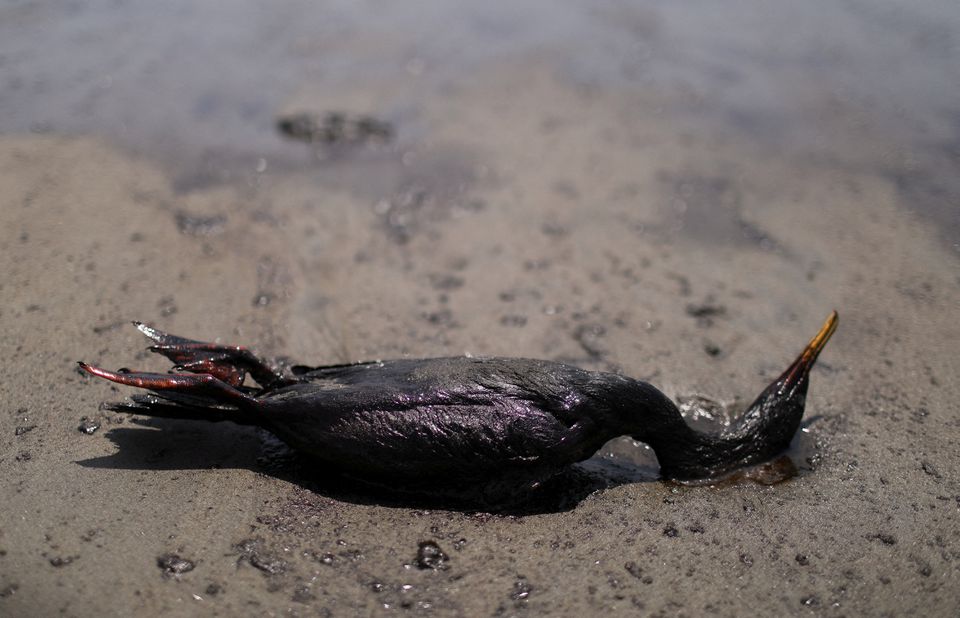 A dead cormorant lies on a beach during a clean-up, following the oil spill by oil transnational Repsoil.

The Peruvian government considers that the company Repsol is trying to avoid responsibility for this recent ecological disaster.

Peru has fined the transnational Repsol almost $122,000 after the company failed to identify the zones which had been affected by the spillage of thousands of barrels crude oil into the waters of the pacific ocean, which has already killed more than 200 birds.

According to the statement issued by Peru’s Organization of Environmental Evaluation and Prosecution (OEFA) via Twitter, in addition to the fine Peru could also add on other measures until the energy company complies with the order to identify the contaminated areas.

“OEFA imposed a 100 UIT [460,000 Peruvian sols] fine for failure to comply with the first government order, related to the identification of the areas affected by the Environmental Emergency,” wrote the environmental prosecutor. “Additional sanctions will be added until the company can prove it is complying.”

Montoya noted that the company Repsol is trying to evade responsibility for this ecological disaster. “Progress had been made in the cleaning up of the coast, but only at a superficial level,” he said. “On the islands that we have visited we have seen foam, we have found some 200 dead birds, 1,000 affected birds, and Repsol still hasn’t started to clean that foam. Worse, they are looking for reasons and pretexts through which to claim that it isn’t their fault.”

RELATED CONTENT: Repsol Has Not Responded to Environmental Disaster on Peru’s Coast

In this regard, the Spanish multinational, responsible for the spillage of almost 12,000 barrels of crude oil into the sea of Ventanilla, Peru, has claimed that they are in the “final stage” of the cleaning process in the affected zones.

Via a statement published this past February 7, the company stated that it had begun to withdraw equipment and “boats, heavy machinery and containment barriers in the areas in which they are no longer necessary.”

In January, Peru had estimated that the affected areas, both in the sea and on land, spanned slightly more than 113 square kilometers, a territory larger than the size of Paris. Almost twice as many barrels of oil had spilled as Repsol had originally reported.

The spill, which was produced on January 15, has affected 21 Peruvian beaches and caused the deaths of many marine species, apart from having seriously damaged the livelihoods of those dependent on fishing.

Featured image: A dead cormorant lies on a beach during a clean-up, following the oil spill by oil transnational Repsoil. Photo: Reuters/Pilar Olivares.