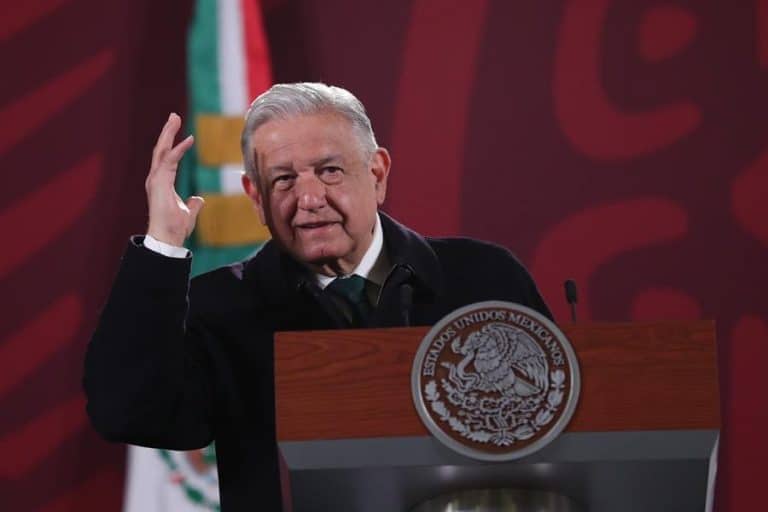 The anger shown by the minister of foreign affairs [José Manuel Albares of Spain] at the commonsense statements issued by Mexican President Andrés Manuel López Obrador are likely nothing more than a sign of the ideological trajectory of Spanish socialism.

Affirming that Spanish companies, in collusion with previous Mexican governments and with the often presumably illegal help of previous Spanish governments, have looted the Latin American continent, is beyond controversy and its critique should be a staple of the internationalist patrimony of socialism.

However, this is not all: the humiliation of Mexico that certain companies with Spanish capital have tried to get away with is something that should have drawn the attention of the Spanish authorities, precisely because it is those companies who dirty the good name of Spain throughout the world. And if socialist sensitivity isn’t enough, than democratic sensitivity should do the trick. However, if that is not enough either, maybe Minister Albares should take a stroll down memory lane, and recall what Iberdrola did to the PSOE [the Spanish Socialist Workers’ Party] and Unidad Podemos government just a few months ago.

This winter has been marked by the scandalous rise in the cost of electricity [in Spain], due, amongst other things, to legislation which lets energy providers charge consumers the price of the most expensive electricity for all of the energy they provide. These “benefits fallen from the sky” were made possible thanks to the revolving doors which have filled those companies with former ministers and presidents both from PSOE and PP [the conservative People’s Party].

Now that Unidas Podemos is in the government, and now that in the Government Agreement it was decided that those benefits fallen from the sky would have to end, a few measures were taken so that the electricity bill wouldn’t be so costly for Spanish residents during the cruelest months of winter. Some of those measures were paid by everyone—the IVA [sales tax] of the bill was lowered—but other measures cut into the billions of benefits reaped every year by the energy providers. And what did Iberdrola do in Spain—not in Mexico, in Spain? Well, they arm-wrestled the government. Because in Spain energy providers are part of those companies who, unlike everyday citizens, vote everyday on behalf of all of us.

In October, 2021, Iberdrola contracted the services of Antonio Miguel Carmona, a member of PSOE who became famous by criticizing his fellow socialist Pedro Sánchez [the current Spanish Prime Minister] on TV. One socialist criticizing another socialist on TV when PSOE is in the government is, just like when this happens with other renegades or converts from the left, a gift for the mainstream media.

Furthermore, Carmona had made a huge publicity fumble when he came out in defense of Iberdrola, pushing the truth aside, just a few weeks before the company emptied a few reservoirs so that they could sell the cheapest obtainable energy at the highest price. Who could bother president Sánchez more than one of his own, on the dime of the company that was giving him the most problems?

Oh, you think you’re going to get in between me and my money? You aren’t going to listen to the former government officials that are in my company precisely so that you will listen to me? Ok, well, I’m going to hire, as an advisor, the member of your party who criticizes you the most in the media. True, these methods remind one of the mafia, but that is just how businesses roll in the globalized economy. It is these companies that Lopéz Obrador has criticized for their behavior in Mexico, and which he is trying to stop.

The conduct of Iberdrola, Repsol, or OHL in Mexico is something López Obrador has studied in his books. He knows what he’s talking about. Recently, Julián Macías published a report on the behavior of people like Emilio Lozoya, former director of the [Mexican] state-owned oil company PEMEX, and his confidant, [former] president Peña Nieto, who is also suspected of corruption. Lozoya was detained in Spain in 2020 at the request of Mexico, as he stood “accused of large-scale fraud and corruption during the years 2012 and 2013,” after three former directors of the Brazilian construction company Odebrecht denounced Lozoya for receiving more than $10 million in bribes so that he would facilitate the allocation of contracts.

Emilio Lozoya, who was one of the main supporters of the campaign which brought Peña Nieto to be president of the country, has nothing to envy from the Wolf of Wall Street: between 2006 and 2009, he was director of LATAM at the World Economic Forum. From 2010 to 2012, advisor for OHL. Between 2011 and 2012, advisor for InfoGlobal, and from 2012 to 2016, director of PEMEX. The company OHL, belonging to Villar Mir, a name which constantly appears in corruption scandals in Spain, financed the campaign of Esperanza Aguirre and then brought their business style to Mexico. The modus operandi of corruption is always similar and implies illegally winning contracts in the public sector—which then are overpriced—while in exchange both political parties and the corrupt politicians who do the mediating are heavily funded. Like Macías said, “InfoGlobal, the business of López Madrid in which Lozoya was an advisor, started getting contracts in an irregular manner.” Among others, there was a contract worth $200 million in Mexico. Is López Obrador right when he says that this behavior must stop?

Felipe González invented the Ibero-American Summits. The king at the time, Juan Carlos, and those meetings were used like the VIP booth at a soccer game: presumably for business arrangements between elites and for charging commissions. The former king, who fled to Abu Dhabi, more than likely behaved himself in Latin America just like he had in Saudi Arabia. However, back then he enjoyed impunity and his crimes have now passed their statute of limitations. Yet, it wouldn’t be surprising if Felipe González, another suspected commissioner with interests in Mexico, had learned the tricks of the trade in those meeting in which, as Chávez said, “the leaders go from summit to summit and the people from valley to valley.” The great majority of those leaders ended up being prosecuted, in jail, having to flee to other countries or, like the Peruvian Alán García, just shooting themselves in the head before they were detained. The people would be so much better of if this behavior had been “paused” back in the eighties.

In Mexico, Iberdrola had behaved in a colonial manner. Hiring a former Mexican secretary of state for energy, or former president Calderón, is an insult to Mexicans. These are people who take all of the state’s secrets and put them at the service of a foreign transnational company. And it is no less insulting that the media, controlled as it is by administrative advisors or through the energy sector’s publicity, take aim at López Obrador for wanting to put an end to this gangster behavior. Minister Albares and PSOE don’t make a fuss when those huge companies humiliate the Spanish government. Even less so when they do it outside the country. Ignoring the fact that everything they do outside of Spain ends up coming home as well. The “rebound” effect is a sort of historical vengeance of dire consequences. There are things that, if not avoided on moral principle, should be avoided out of intelligence.

López Obrador has made it clear that the “pause” has nothing to do with the Spanish people, and has reminded everyone how Mexico received the republicans [exiled from the Spanish civil war], whom he praised both for their intellectual and manual labor. “If 24/7 stores had existed back then,” he said, “Spanish migrants, just like the Mexicans in the United States, would be working all 24 hours of the day.” Respect goes to the people, not to the businesses who act like gangsters.

Sánchez’s government lacks the determination to speak to the powers that be in a tone that they will understand. It’s easier for him to stand by big money than by labor. That’s why, from the beginning, labor reform was not possible, raising the minimum wage, housing rights, universal basic income… Or now a fiscal reform. Nor bothering those big companies who consider that politicians, in Spain or Mexico, belong to them. That’s why big business is supporting the far-right. And for this reason, Vox is looking for alliances in Latin America with those whom they presume have always stolen from those countries. But in Lopéz Obrador’s Mexico, these things aren’t permitted anymore. It might be the case that the sovereign sensibility of Lopéz Obrador is bigger than that of the mother country, which some are determined to turn into a stepmother—here and there.