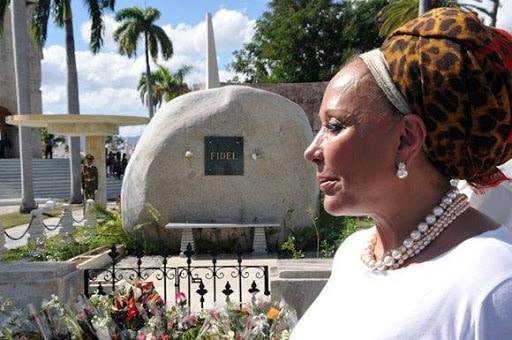 “On behalf of the majorities of the Colombian people, I want to offer heartfelt apologies for the improper behavior of the government of President Iván Duque Márquez and his Democratic Center party,” begins the letter from the former senator to the Cuban government and people.

On behalf of the majorities of the Colombian people, I want to offer heartfelt apologies for the improper behavior of the government of President Iván Duque Márquez and his Democratic Center party. The systematic aggression against the Cuban people and the revolutionary state that you represent is not understood when it is gratitude that we owe in my country to the land of Martí. In the same way, I express my full solidarity in the midst of the umpteenth onslaught of political persecution unleashed by the fortunately outgoing US government headed by Donald Trump that included Cuba in his rigged list of countries related to terrorism.

Unfortunately, at an early stage, the foreign policy of the Colombian State fell into what the academic Renán Vega Cantor calls “strategic subordination” to Washington’s interests. From the “RespicePolum” of a century ago that forced us to accept the curtailment of Panama promoted by the US, to the pathetic role of the Duque government with the devious accusation of Cuba to protect terrorism, passing through shameful episodes such as the promotion of the Treaty Inter-American Reciprocal Assistance, TIAR (1947), being the host for the creation of the OAS (1948), the rupture of bilateral relations post-Cuban revolution or the lending of our territory to US bases and troops, have been the mark of mortgaging our sovereignty to be a geopolitical pawn.

From Colombia to Cuba there can only be gratitude. Not only was he the architect of the 2016 Peace Agreement, which the present government has finished tearing apart allowing the daily genocide of social leaders and ex-combatants, but also repeatedly served as a mediator and guarantor of dialogue processes with rebel groups. What a short memory the Uribistas have, blinded between their electoral ambitions and their flattery with decadent Trumpism, who do not want to remember that during the government of Uribe Vélez, Cuba lent its territory for a long process of talks with the ELN that did not come to a successful conclusion .

Faced with the absurd accusation of the Duque government against Cuba, the debate is not the support of an insurgent group, but the violation of the protocols of IHL claimed by Colombia that could well imply a transgression of international law with its respective consequences before the Court The Hague International. It is becoming customary for the Colombian state to ignore its international legal commitments, as has been the case with the Peace Agreement, -of which the State that you represent is also a subscriber- as soon as it was signed under the category of Special Agreement duly deposited in Bern and as a Unilateral Declaration of State before the United Nations Security Council. But despite this, what is experienced in Colombia is perfidy in the face of its systematic non-compliance.

The US and Colombia have no moral authority to accuse Cuba of anything. Today, when in the midst of the global crisis exacerbated by the pandemic, Cuba serves as hope for humanity by exporting life with its medical brigades and building their own solutions that the great powers would envy, the North American and Colombian peoples suffer the catastrophic ravages not only of the virus but of the economic devastation of neoliberalism. The great power allows 1,172 citizens per million inhabitants to die of Covid, while in their country only 14 per million die despite the limitations imposed by the criminal blockade. And while you prepare your four vaccination candidates and project the immunization of the total population in the first semester of this year,

For Duque, complying with the protocols of international law is favoring terrorism, but not the complicit attitude of a State that allowed 60 massacres last year in its territory. The sponsorship of paramilitary and mercenary groups for the destabilization of the sister Bolivarian Republic of Venezuela that use Colombian territory sponsored by North American agents does not seem to the unpresentable Colombian Foreign Ministry either.

In a country with ongoing ethnocide and political genocide, the national security problems are not solidarity or friendship with Cuba. It causes outrage that while impunity prevails in the daily assassinations of Israeli or American social leaders and “advisers” handle strategic and confidential information, Colombian intelligence fabricates Russian “spies” for expulsion and dedicates itself to pursuing the activities of Cuban diplomacy in frank violation of his immunity, as indicated by the report revealed by Semana Magazine. Those of us who have made political opposition in Colombia know of the brutality with which the Colombian state has made judicial assemblies and the recent episodes against Cuba only denote the persistence of this practice. As I will present it to the Truth Clarification Commission, Senior officials of the Colombian state in collusion with US agents sought to involve Cuba and Venezuela in the framework of their plans to legally sabotage the peace process. The so-called Law-fare or legal war has not only been used in the country against negotiators and friends of peace, but also against the nations of the Great Homeland that led to the Final Agreement.

I ask you that the humiliations received by the Duque government and the insidious pressure from the Democratic Center party do not derail the relations of two sister nations, daughters of Bolívar and Martí. The millions of Colombians who enjoy the favor of Cuba, their contribution to peace, health, culture and the economy of our country, we thank you in advance and we will do the same to prevent insanity from triumphing in our lives. international relations in our country.

Finally, regarding the farewell farewell of the Trump government under the auspices of the Colombian State, the whole world is clear that the only refuge from terrorism in Cuba is the North American base of Guantanamo and that you should not respond to this affront to humanity. But the White House.