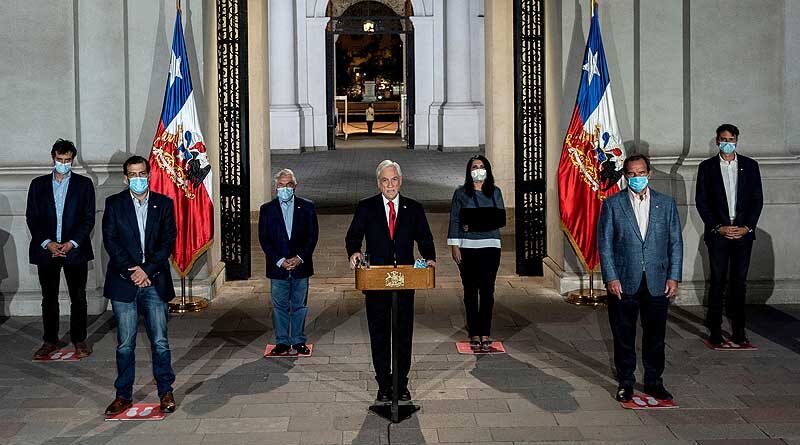 This Wednesday, March 31, the Chamber of Deputies of the Chilean Congress approved the constitutional reform presented by President Sebastián Piñera to postpone until May 15 and 16 the elections scheduled for April 10 and 11 in the South American country,” due to the Covid-19 pandemic.”

In those elections the new governors, mayors and councilors of the country will be elected, as well as the members of the Constitutional Assembly, who will be in responsible for drafting the new Constitution of the country, reported RT.

In case a second round is necessary in the elections of governors, the approved initiative indicates that they will be held on June 13, instead of May 9.

RELATED CONTENT: 62 Arrests in New Round of Protests in Chile

The bill to postpone the elections was approved in the lower house of Parliament with 126 votes in favor, 3 against and 11 abstentions. Now, it will go to the Senate for discussion and, in the case of receiving the approval of that body, would only require enactment by President Piñera.

In addition to the postponement of the elections, the suspension of the electoral campaign was also approved, to resume on April 29.

The regulations also make changes in the presidential primaries—prior to the November elections—which run from July 4 to 18.

In the last week, this country of around 19 million inhabitants, has registered 47,755 new cases of coronavirus. According to the data of the Health ministry, on March 24 they had reported 947,783 infected.

Regarding the number of deaths from COVID-19, the country has 23,135 fatalities, 733 of them occurring in the last week.

This, added to measures in other Chilean regions, led to the confinement of more than 14 million inhabitants in the South American country.

Record vaccination… but there are more infected
Curiously, the rise in cases of coronavirus infections in Chile occurs despite being the region’s “leader” in COVID-19 vaccination.

Featured image: Chilean president Sebastian Piñera announcing the proposal that may be understood not as a humanitarian decision, but as a political tactic that should be rejected. Photo courtesy of America Noticias.