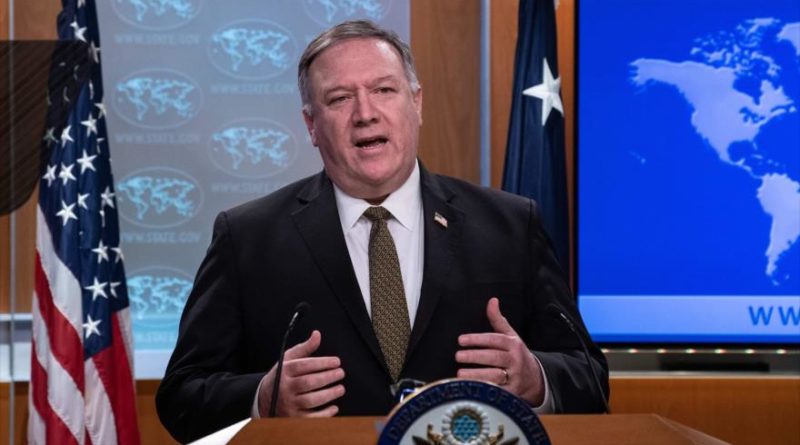 International News
April 24, 2020April 24, 2020 orinocotribune coronavirus, COVID-19, just go away gringos and leave us along, Pompeo, Tedros Adhanom, US decline, US Imperialism, WHO

The US increases its threats to the World Health Organization (WHO) and proposes “changing in the leadership” of the body as a possibility or to abandon it forever.

“It is possible that the US never goes back to sending American taxpayers dollars to the WHO again. We may need an even bolder change than that,” said US Secretary of State Mike Pompeo.

In an interview with the North American network FOX News on Wednesday, Pompeo also did not rule out the idea – raised by his interlocutor – of the “resignation” of WHO’s Director General, Tedros Adhanom Ghebreyesus.

The head US diplomat accused WHO officials of failing to prevent the Chinese government from “hiding information about the origin” of the new coronavirus, which Pompeo said started in a Chinese laboratory.

“It is the responsibility of the World Health Organization to achieve that transparency. They did not. They have to be accountable,” said Pompeo, when asked by the presenter Laura Ingraham.

Pompeo made these statements, after the president of the United States, Donald Trump, announced on April 14 the suspension of aid from his country to the WHO, accusing it of “mismanagement” in the face of the pandemic of the new coronavirus, causing the COVID-19 disease.

RELATED CONTENT: Why Were Pro-Western Militants Arrested in Hong Kong

Trump, to support his decision, said that the United Nations-based organization based in Geneva (Switzerland) “is biased” towards China and prevented the main US economic rival from being transparent in its reports on the health crisis that was unfolding in its territory.

For its part, Beijing forcefully refuted Washington’s claims and denounced Trump for making such accusations to divert public attention from the serious and catastrophic situation facing the North American country.

The new US threat occurs at a time when the new coronavirus continues to spread very rapidly. So far it has infected more than 2.6 million people worldwide. The United has become the epicenter of the disease due to its government’s mismanagement of the deadly virus with more than 849,100 diagnosed cases and almost 49,600 deaths.