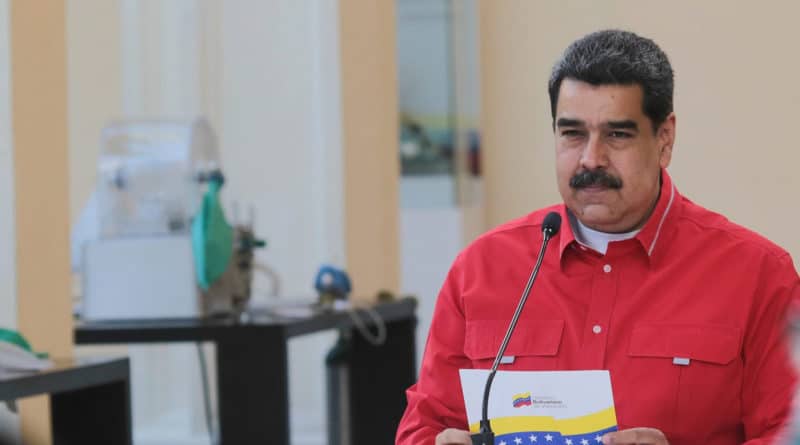 Venezuelan President Nicolás Maduro reported 88 new Covid-19  cases on Tuesday, bringing the number of those infected by the outbreak to 3,150. Forty seven are cases of community transmission and 41 are imported cases, that is, of Venezuelan migrants who returned to the country.

From Miraflores Palace in Caracas; the Venezuelan President explained that of the cases of community transmission, 41 correspond to the state of Zulia, as a result of the outbreak in Las Pulgas Market. There are 273 cases due to this hotspot, the largest in the country, and also the most lethal with 8 deaths. He warned that “this type of contagion is very aggressive, it takes the lungs, attacks hard and knocks the patient down.”

RELATED CONTENT: Coronavirus in Brazil – Now 2nd in the World in Number of Cases and Deaths

Likewise, he gave details about the community cases:

RELATED CONTENT: “Maduro Will be Around for a While”: Anti-Chavista Luis Vicente León Interviewed by Vladimir Villegas

In addition, he announced a new fatality due to coronavirus, an 80-year-old man, a native of the Caricuao parish in Caracas. Retired, with a history of chronic pulmonary obstruction, a heavy smoker. In Caricuao, 6 cases of Covid-19 have been confirmed.

He had symptoms since May 16 with respiratory distress, and he was taken to the Caricuao CDI. “Every effort was made to save his life,” said Maduro, who sent condolences to his family. Her son also tested positive. With this case there are 27 deceased in the country from the pandemic.

In reference to imported cases, President Nicolás Maduro indicated that they are mostly Venezuelans coming from Colombia and Brazil. “80% of the cases in Venezuela are imported. Venezuela is the only country that is receiving thousands of compatriots from Colombia, Brazil, Peru, Ecuador and Chile,” emphasized the Venezuelan president.

Maduro pointed out that the 7 + 7 easing started this week is going well, but that if it were necessary because of any resurgence to take drastic quarantine measures again in some municipality or state, he will take them, for which, he asked for the support of the population in complying with social distancing measures.

It should be noted that, given the accelerated increase in imported cases, Venezuela decreed a curfew in the border municipalities. It also installed epidemiological checkpoints on the border to attend to the nationals who have entered the country and who are fleeing from xenophobia and the health crisis caused by the pandemic in South America. Similarly, all Venezuelans entering the country are ordered to carry out the mandatory quarantine for a period of 14 days at border crossings.