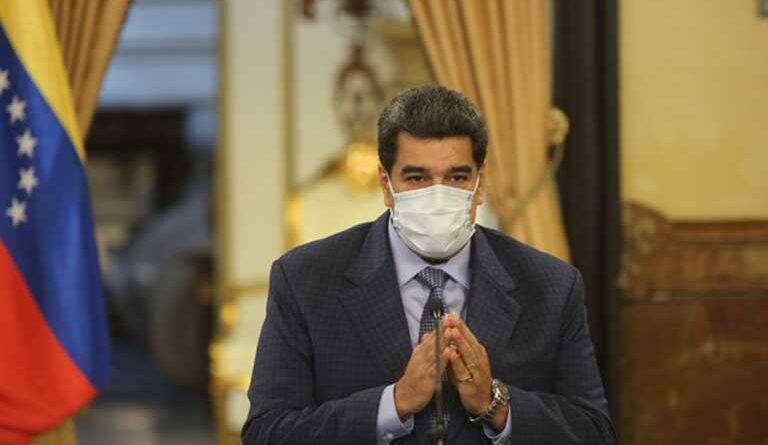 “It depends on you,” said President Nicolás Maduro. “If we keep the contagion rates of COVID-19 stable, we continue with 7 + 7, if not, we will have to take 14 days of radical quarantine in January,” repeating the importance of following biosafety protocols during a televised address.

In the latest COVID-19 report offered on Wednesday by the Minister of Communication and Information, Freddy Ñáñez, it was noted that in the last hours 237 new cases were registered (232 of community transmission and 5 imported), which represented a decrease compared to the previous days.

RELATED CONTENT: ‘Thousands and Thousands of People in the Street for Christmas’: Maduro Criticizes COVID-19 Relaxation

Through his Twitter account (@luchaalmada) Ñáñez added that since the beginning of the pandemic in Venezuela, 108,717 cases were confirmed, with 103,492 recovered, or 95 percent. “We have 4,255 active cases. Of these, 3,861 are being treated in the public health system, 26 in private clinics and 368 in home isolation.”

Yaracuy, with 85, is the region with the highest number of infections, distributed in seven of its municipalities. It was followed by Táchira, 45; Miranda, 35; Capital District, 30; Zulia, 24; Aragua, three; Trujillo, three; Barinas, two; Merida, one; Sucre, one; Carabobo, one; Apure one; and another in Lara.

Out of the five foreign cases, two came from the Dominican Republic, one from Panama, one from Mexico, and one from Brazil.