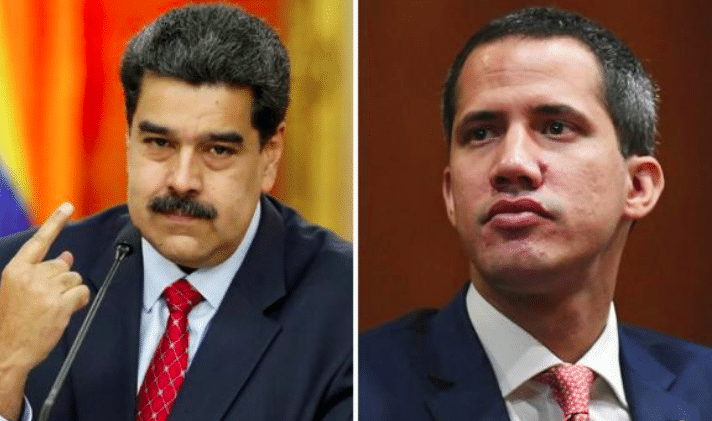 Venezuelan President Nicolás Maduro confirmed on Wednesday, May 12, the willingness of his government to dialogue with opposition actors who have not yet participated in the national dialogue table. Maduro made the statement in regard to the change of discourse by former deputy Juan Guaidó, who proposed this Tuesday, through a message published on his social media accounts, “a national salvation agreement” that includes conciliation with the Bolivarian Executive.

“Guaidó now went from R2P, which was the invasion of Venezuela, to dialogue with Maduro,” commented the head of state during a televised broadcast. “Now Guaidó wants to sit with me. What do you think? What will be in his hands? What trap will he bring?”

“I agree!” exclaimed Maduro. “With the help of the European Union, the Norwegian government, the [International] Contact Group, when they want, where they want, and how they want, I am ready to meet with all of the opposition. To see what is obtained from there, if something good is obtained and they abandon the path of war, the invasion, the attacks, the coup d’état, and come to the electoral path. Here we wait for you on the electoral route. We agree!”

“They gave Guaidó the order from the north,” added Maduro, “because he is a wimp from the north. They gave him the order: ‘Guaidó is over, your “presidency” is over! You are a pedazo [a small unimportant scrap] of an opposition leader. Now it’s your turn to talk to Maduro.'”

Guaidó wants to talk because he was left out of everything
The president had already decided on this issue in his address on Tuesday, when he had referred the former deputy as part of “a small group that is now desperate for dialogue, because it was left out” while Venezuela heads towards a new round of elections [the regional and mayoral “mega” elections, likely in December 2021].

“I want to say to the journalists who cover Venezuela, the bobolongo [a pejorative meaning a buffoon, i.e. Guaidó] comes out to say that he wants dialogue because he was left out of everything, isolated and defeated,” said Maduro. “Nobody consults him on anything, and the course of the country is already set for a mega election this year, 2021.”

Maduro recalled that in Venezuela there is an ongoing dialogue that has allowed institutional strengthening. “It is not news for any of us that there is a dialogue table,” said Maduro, “that there are even other sectors outside the table in permanent contact (with the government).” He added that the appointment of the new National Electoral Council (CNE) in particular arose from a “great dialogue, very broad and inclusive, with all sectors of the opposition, except one—the extremist sector, the coup-plotters that brought coups d’état, sanctions, and terrorist attacks.”

He said that former opposition deputy Freddy Guevara asked the socialist parliamentarian Francisco Torrealba for a meeting. He came with the permission of the president and in it Guevara asked him for contact with the PSUV because his political group feels isolated. “I said welcome,” noted Maduro, in response to Guevara’s request. “We are going to have dialogue with all sectors, I am a man of dialogue.”

Finally, he closed by saying that “Venezuela has to prepare for a great democratic fiesta of peace with the mega-elections of this 2021” for the renewal of mayors, governorships and municipal councils.