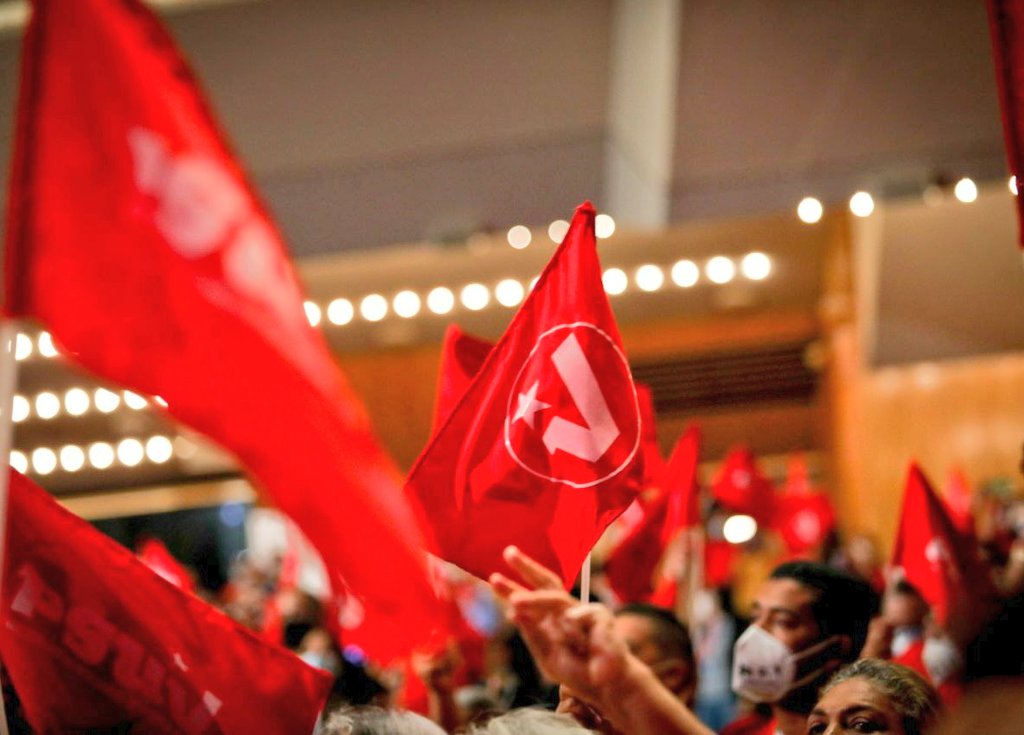 PSUV flags being hold by party members during a congress. File photo.

After four days of tabulating the results and analyzing the internal application process held last Sunday, June 27, the National Electoral Commission of the United Socialist Party of Venezuela (PSUV) reported that a total of 57,003 women and 43,972 men were nominated for a total of 100,975 applicants for leadership positions.

“It is an impressive number,” said the first vice president of the party, Diosdado Cabello. “That is the first highly positive report—that a party, from its bases, nominates more than one hundred thousand people for leadership in popularly elected positions.”

Cabello also specified that there were more votes for those positions that are closer to the communities. For example, for city council positions over two million people voted.

Important decisions
He then announced that the initial number was filtered to make the second stage feasible. This means that a maximum of 10 women and 10 men who receive the most votes for single-member positions will go to the open primaries on August 8. “An election with 100,000 candidates is unmanageable,” noted Cabello. “It is impossible from a logistical and electoral point of view.”

Another important element is that the selection of public officials nominated to participate in the second phase of primaries as pre-candidates is subject to the decision of the high political command of the Revolution. “With that, there has been an extraordinary receptivity,” said the deputy to the National Assembly (AN).

In this regard, he explained that governors who aspire to repeat must have a minimum of 35% of support in the June 27 voting process. In the case of incumbent mayors who wish to run for re-election, they must have obtained at least 30%: “We have asked several people [who did not obtain the minimum required] to withdraw from the process and they have accepted to do so with great political maturity… We are not kicking them out of politics, but there is an express reality represented in the voting process. On November 21 we are aiming at the most possible victories.”

“The people manifested themselves and that is the most beautiful thing about it,” said Cabello in his concluding remarks. “In addition to the example that our cadres set when they were called and told to ‘concede to those who received the most votes’ because the Revolution needs them elsewhere. We haven’t had a problem with that so far.”

High odds of winning the 21N
The parliamentarian optimistically assured that “those who win these primary elections have a very high probability of being elected on November 21. They will advance as standard bearers of the largest party in America.” He recalled that the primaries will be open. In other words, anyone registered in the Permanent Electoral Registry may participate, regardless of whether he or she is a member of another political organization or is not a member of any.

Finally, regarding the irregularities and breaches of the internal regulations presented by the two-stage primaries, Cabello noted that “they are not the fault of the rank and file, but of those who have been competing to be elected due to their position, believing themselves to be leaders.”

“Our Party is getting stronger and unity is growing,” he added. “The conscience of our people is strengthened and we are obliged to be consistent with those people.” 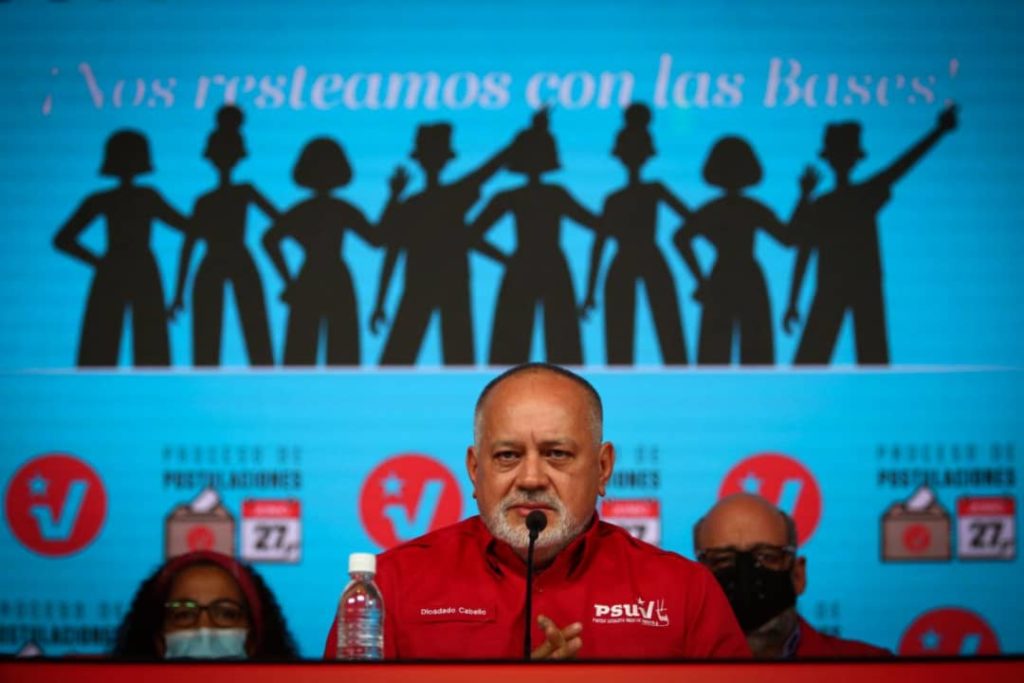 No votes – no go
Diosdado Cabello also reiterated that the governors aspiring to re-election who participated in the nominations and did not obtain a minimum of 35% of support on June 27 will not be able to proceed to the next phase of primaries. Thus, in the governments of Portuguesa, Sucre and Trujillo, the governors Rafael Calles, Edwin Rojas and Henry Rangel Silva, respectively, cannot advance to the second phase. Nor can José Manuel Suárez in La Guaira, who succeeded Jorge Luis García Carneiro after his sudden death, on May 22, as well as Erika Farias, the current mayor of Caracas’ Libertador municipality.