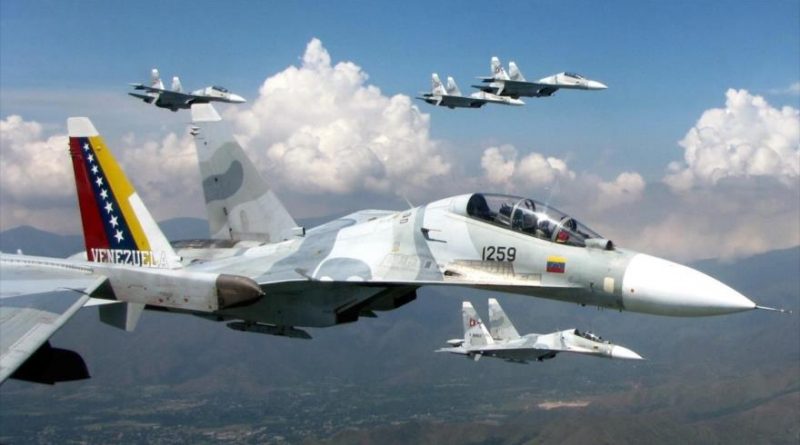 Venezuelan President Nicolás Maduro on Wednesday ordered the creation of an investigation commission to clarify the events that occurred with a Sukhoi Su-30mk2 aircraft, in which two members of the Bolivarian air force died. “I am deeply moved by the physical loss of Brigadier General Virgilio Márquez and Captain Nesmar Salazar, two invaluable officers of our @AviacionFANB, air knights and loyal defenders of the homeland. A hug to his relatives in this moment of pain, honor and glory!” the national president wrote on his Twitter account.

“President Nicolás Maduro Moros has ordered the opening of an Investigation Board to clarify the causes of such an unfortunate event. Honor and glory to these distinguished soldiers of the country,” says the official statement.

The head of state also expressed his condolences to the members of military aviation and the family of Brigadier General Virgilio Márquez and Captain Nesmar Salazar, who died in compliance with their duty.

With deep regret we want to inform the country of the accident of a military plane in which two patriots of our Bolivarian Aviation, Brigadier General Virgilio Márquez Morillo and Captain Nesmar Salazar lost their lives.

The Commander in Chief of the Bolivarian National Armed Forces, President Nicolás Maduro Moros, expresses his words of condolence and deep solidarity with our glorious Bolivarian Military Aviation and with the families of our departed brothers in fulfillment of their duty, whom we accompany in such terrible loss.

President Nicolás Maduro Moros has ordered the opening of an Investigation Board that clarifies the causes of such an unfortunate event. Honor and glory to these distinguished soldiers of the country.