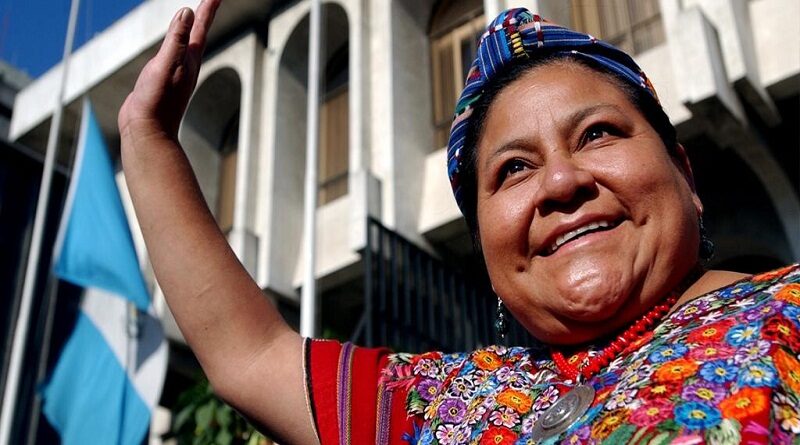 Famous for her leadership at the forefront of social struggles at the national and international level, the Guatemalan human rights activist and winner of the Nobel Peace Prize, Rigoberta Menchú, is probably the best known Guatemalan on a world scale. For this reason the President of the Bolivarian Republic of Venezuela, Nicolás Maduro, sent a greeting of congratulations to celebrate her 62nd birthday.

In a post on his Twitter account, the Head of State wrote that the people of Venezuela wished on her birthday that the “spiritual strength of our Indigenous peoples always accompany you and allow you to continue in the battle for peace and social justice.”

Rigoberta Menchú was born on January 9, 1959 in a large peasant family of the indigenous Mayan K’iche’ ethnic group. Her childhood and youth were marked by poverty, racial discrimination and the violent repression with which the Guatemalan ruling classes tried to contain the aspirations of peasants for social justice.

From a very young age, she was involved in the struggles of Indigenous and peasant peoples, actions earned her political enemies, forcing her to exile.

RELATED CONTENT: US, Guyana Carry out Military Drills near Disputed Waters of Venezuela

In 1992 the work of Rigoberta Menchú was recognized with the Nobel Peace Prize, coinciding with the official celebration of the fifth centenary of the discovery of America. From that moment, she began mediating the peace process between the government and the Guatemalan guerrillas during the ’90s, achieving some agreements and peace truces.

After experiencing violence, abuse and discrimination, the winner of the Nobel Peace Prize, Rigoberta Menchú, in her fight for social equality, has become a voice for Indigenous peoples not only in Guatemala but throughout the world.