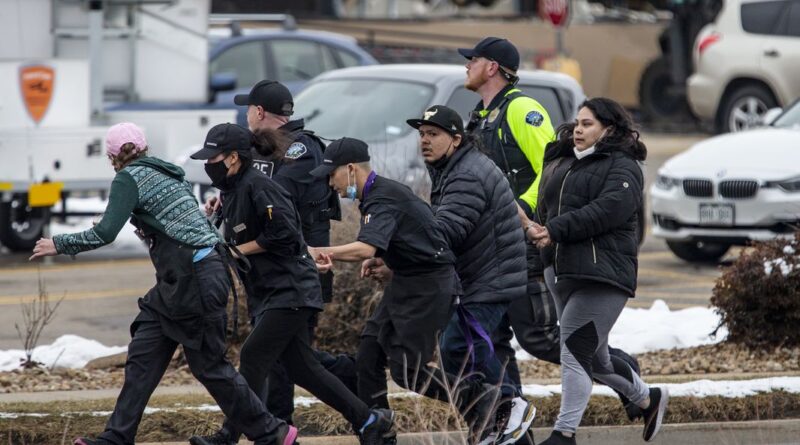 Caracas, March 25, 2020 (OrinocoTribune.com) Through a communiqué, the Venezuelan government officially extended its solidarity with citizens of the United States for the recent gun violence endured again by the people, due to the lack of responsible arms control in the North American country.

Last Tuesday, March 16, a gunman later identified as Robert Aaron Long (21), opened fire in three different spas—traditionally run by US citizens of Asian descent—in the city of Atlanta, in Georgia state. The gunman killed eight people, six of whom were Asian women. Atlanta police did not classify the incident as a hate crime, though everything points in that direction.

A few days later, on Monday, March 22, another gunman opened fire on a store in Boulder, in Colorado state, killing 10 people. The shooter was later identified as Ahmad Al Aliwi Alissa (21), of Syrian origin, and he allegedly bought the assault weapon used in the crime a week earlier.

Both cases evidence the disparities—based on racial profiling— in the treatment of information by US mainstream media and social media corporations that brought a high level of attention to the fact that the shooter in Colorado was of Syrian origin—this immediately became a trending topic—while the image of the Atlanta shooter has been broadcast less by the media. Just hours after his arrest, the head of the Atlanta police almost became part of the shooter’s defense team, saying that it was not a hate crime. The alleged shooter is a white US citizen.

Part of Venezuela’s official statement reads: “Venezuela has confidence in the unbreakable spirit of the people of the United States to confront the tragedy and generate profound reflections within its society that will allow them to definitely overcome hate crimes and the culture of armed violence.”

Below is the official translation of the communiqué:

The Government of the Bolivarian Republic of Venezuela expresses its most heartfelt condolences to the people of the United States of America for the recent acts of violence that have taken place in the townships of Atlanta, Georgia and Boulder, Colorado, which left 18 victims in total.

Venezuela has confidence in the unbreakable spirit of the people of the United States to confront the tragedy and generate profound reflections within its society that will allow them to definitely overcome hate crimes and the culture of armed violence.

Venezuela, during these difficult times, wishes to extend its solidarity to the families and friends of the victims of all acts of violence of this sort that have taken place recently in the country.