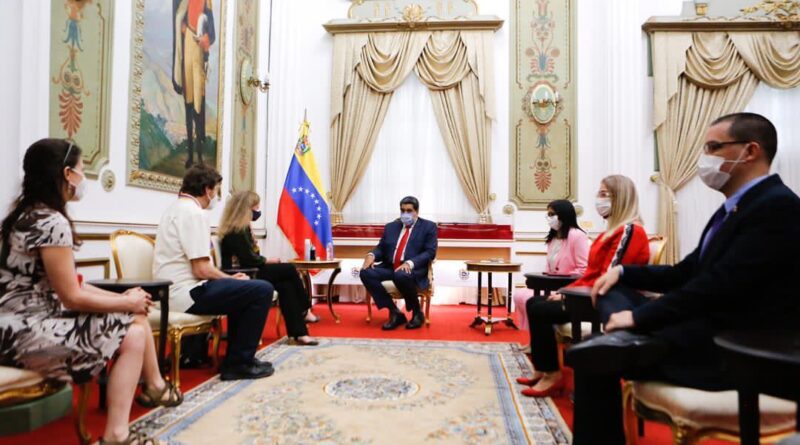 Tuesday, the President of Venezuela Nicolás Maduro expressed his gratitude towards the defenders of the Venezuelan embassy in the United States during a meeting at the Miraflores Palace. Maduro thanked the members of the Venezuelan Embassy Defense Committee for their solidarity and support protecting Venezuelan territory in Washington.

“I met with the defenders of our embassy in the US. We Venezuelans thank you for your solidarity and support in the protection of Bolivarian territory in Washington. New times will come for the re-establishment of respectful relations between both nations,” reads Maduro’s post. The US activists and friends of Venezuela were part of a group of more that 200 international observers of the 6D parliamentary elections, in which the PSUV/GPP regained control of the National Assembly, receiving more than 67% of the votes.

David Paul, lawyer Kevin Zeese—who passed away unexpectedly in September—pediatrician Margaret Flowers, and academic Dr. Adrienne Pine, were the last remaining defenders of a larger group who stayed for several weeks in the Venezuelan embassy in Washington, DC, to prevent Guaidó’s envoys from illegally seizing control of the building. They were put in jail and subjected to the repressive US judicial system.