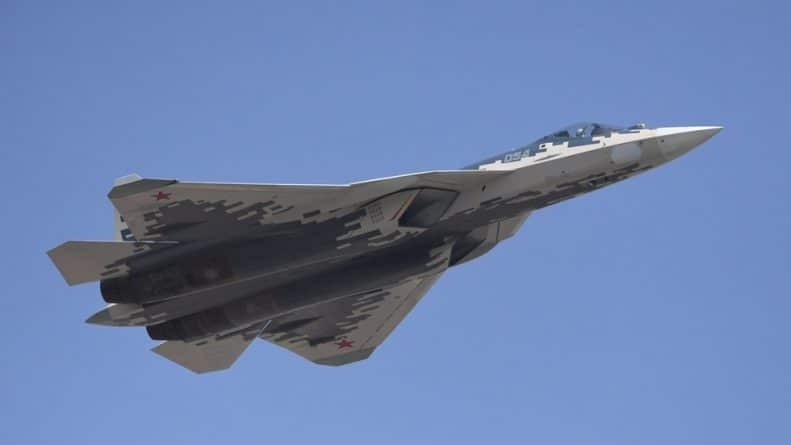 Russia’s fifth-generation Su-57 fighter jets could be sold to Turkey if Ankara’s F-35 deal with the US fails, the chief of a Russian state tech corporation said as Washington halts plane deliveries following the S-400 standoff.

Moscow is “ready to cooperate” if Ankara shows interest in purchasing the Russian planes, he added.

The official hinted that Russia may greenlight the potential new deal if Turkey ditches the F-35 program with the Americans – a prospect which has generated intense speculation in recent weeks.

Washington initially agreed to sell Ankara 100 of its F-35 fighter jets, produced by Lockheed Martin and valued at $100 million each, but later halted delivery.

The future of the perennial cooperation is up in the air as the Pentagon says that the F-35 deal is “incompatible” with Turkey’s plans to buy S-400 air defense systems from Moscow.

Turkey in turn insists that the Russian surface-to-air anti-missile systems pose no threat to NATO systems and has indicated that it will be looking for a “plan B” if the deal with US falls apart.

Ankara, being a F-35 key buyer, is also manufacturing parts for the aircraft and has invested $1.25 billion to date in the project. Turkish president Recep Tayyip Erdogan asserted that the whole F-35 program is “bound to collapse” without Turkish input.

Meanwhile, Chemezov said Russia is set to complete its S-400 deliveries, under the 2017 deal, by the end of this year and suggested that Turkey may be interested in the new-generation S-500 system which would be “without equal throughout the world.”

Su-57, Russia’s newest and only 5th generation supersonic stealth fighter jet made its maiden flight in 2010 and, since then, has been deployed for an anti-terrorist mission in Syria.