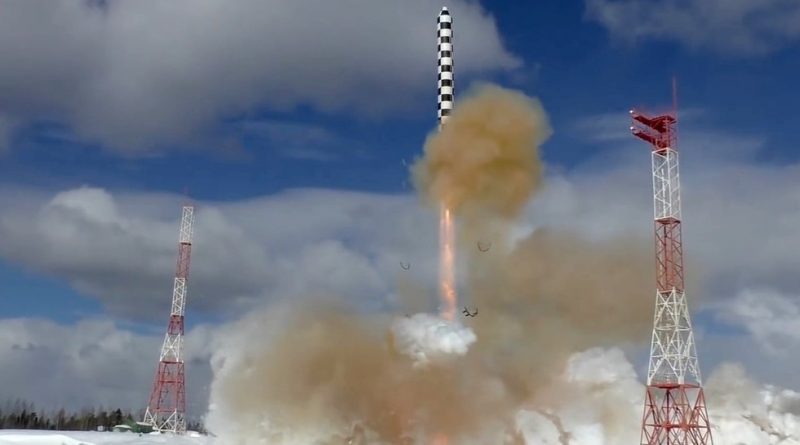 The nuclear incident that killed five scientists at a Russian range on August 8 was related to the development of weapons being built in response to the US decision to withdraw from the Anti-Ballistic Missile Treaty in 2002.

“The nuclear accident that occurred had nothing to do with nuclear testing and is not under the purview of the Comprehensive Nuclear-Test-Ban Treaty [adopted by the UN in 1996],” Aleksey Karpov, Russia’s deputy permanent envoy to international organizations in Vienna, said on Monday.

Karpov said the testing related to “retaliatory measures in connection with the US unilateral withdrawal” from the landmark 1972 arms control treaty to limit anti-ballistic missile systems (ABM treaty), which the US withdrew from in 2002.

According to Russian nuclear agency Rosatom, the accident happened on board a sea platform in the Arkhangelsk region, while the scientists were working on an “isotope power source” for a “liquid-propellant engine.”

According to the Russian emergencies ministry, the radiation levels in the area are at a “natural, normal level” and there were “no accounts of ecological disaster, like some media are trying to portray.”

Reports of a nuclear radiation “spike” waves in Western media after the accident, despite reassurances from local authorities that radiation levels were within normal parameters and there was no danger to public safety. Videos of specialists wearing hazmat suits to take measurements on the helicopter that airlifted victims from the scene fuelled the conspiracy theories.

Featured image: FILE PHOTO: It has not been revealed what type of missile was involved in the classified engine test. Pictured is a test of Russia’s new heavy intercontinental ballistic missile, the Sarmat, at the northern Plesetsk test range. © Sputnik / Russian Defence Ministry