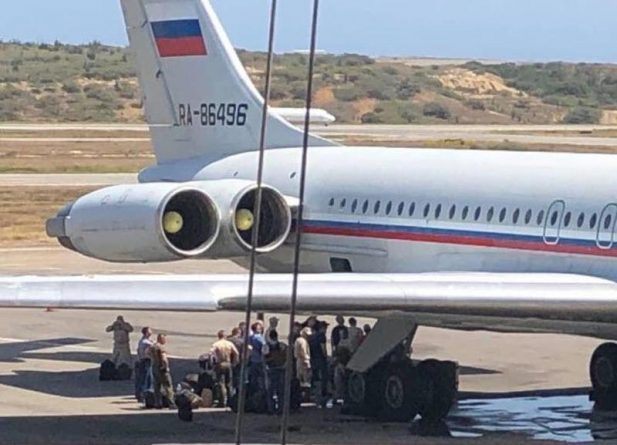 March 25 (Sputnik) – A visit of Russian military personnel to Venezuela is in no way connected to the statements of the United States on potential intervention in Venezuela, a diplomatic source in Caracas told Sputnik on Monday.

According to media reports, planes with the Russian military personnel arrived in Caracas on Saturday, while a diplomatic source told Sputnik the visit was linked to the contracts, including defense ones.

“No, these things are in no way connected. This [visit] is about discussing contracts that had been concluded long before the crisis in Venezuela,” the source said, when asked about a potential link.

The source further said that Russia and Venezuela had not signed contracts for the supply of S-300 air defence missile systems to Caracas recently, the systems were delivered to Venezuela in 2013.

“Contracts for the supply to Venezuela of S-300 air defense missile systems have not been signed recently. Russia delivered these systems to Caracas in 2013,” the source said.

Venezuela has been suffering from a severe political crisis for around two months, after the leader of the country’s opposition, Juan Guaido, illegally proclaimed himself interim president, contesting the re-election of Venezuelan President Nicolas Maduro last year.

The self-proclaimed interim president immediately received support on the part of the United States, which has also denounced Maduro’s re-election, along with a number of other countries. Both Caracas and Moscow have been expressing concerns that Washington may resort to military means to oust Maduro from power.

China, Cuba, Russia and a number of other countries have endorsed Maduro as Venezuela’s only legitimate president.