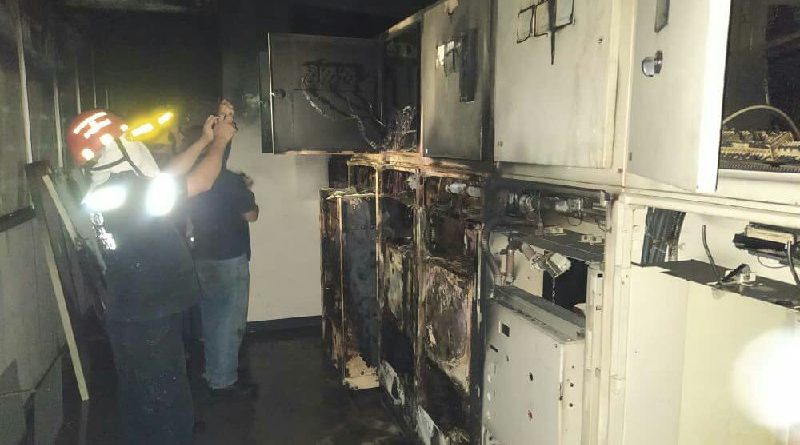 Four specialized companies are working to resolve the emergency that occurred at the Taguacita pumping station, located in the Independencia municipality of Miranda state, where a series of explosions occurred this Thursday at dawn affecting 50% of the electrical power cells, causing an interruption in the service of the Tuy II System (Caracas water network). The Minister for Interior Relations, Justice and Peace, Néstor Reverol, indicated that it was a deliberate sabotage and they hope that, by Sunday, the situation may be resolved. Reverol denounced this sabotage against the National Water System on Thursday, through a series of explosions that caused serious damage and the paralysis of the Tuy II System, which caused the interruption of water pumping to various areas in northern Caracas. In a telephone interview broadcasted by Venezolana de Televisión, Reverol indicated that this sabotage was registered in the early hours of this Thursday. There was a series of explosions on the boards of the Taguacita pumping station, located in the Independencia municipality of the Miranda state.

“Today, Thursday, at approximately one in the morning, an act of sabotage was executed against the National Water System, specifically in the Tuy II System, where an explosion was intentionally caused on the boards of the Taguacita pumping station, located in the Independencia municipality of the Miranda state, which supplies the Tuy II System with water. A a fire broke out in the control panels,” Reverol reported. In this sense, the head of the Ministry for Interior Relations, Justice and Peace explained that this fire was confined in the control room, which affected the electrical supply cells by 50%. To address this situation, the Early Warning System was deployed. The Minister for Water Attention, Evelyn Vásquez, the president of Hidrocapital, the commissions of the Bolivarian National Intelligence Service (SEBIN), the Scientific, Criminal and Criminal Investigations Corps (CICPC) and the Contingency Units, are conducting investigations on the sabotage. Venezuelan government activated a water distribution plan in Caracas, with the approval of resources by the president of the Bolivarian republic of Venezuela, Nicolás Maduro, to solve this situation as quickly as possible. “At the moment there are four companies specialized in the matter taking care of the emergency. Hopefully by Sunday it will be resolved,” he emphasized during the telephone interview. “From the early hours, we are starting a complementary supply plan through cistern trucks and under the instructions of president Maduro, the purchase of one thousand cistern trucks will be deployed throughout the country from the People’s Republic of China, of which 250 cisterns will be distributed in Caracas,” Reverol added.