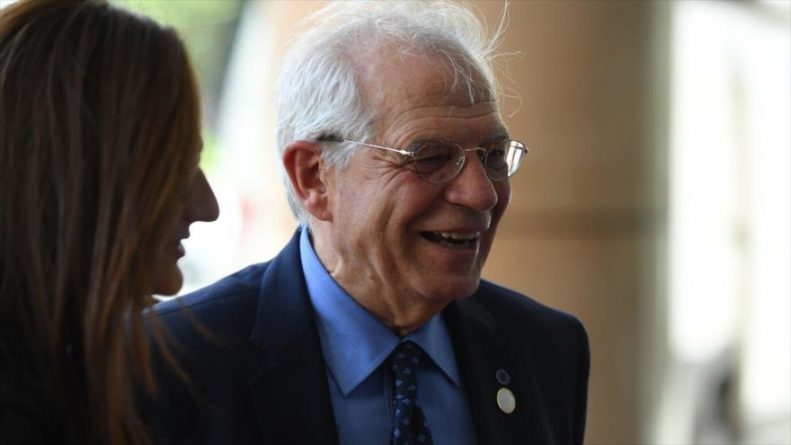 The Spanish Foreign Minister, Josep Borrell, has declined to recognize the coup leader Guaidó as “sole legitimate president” of Venezuela, as the US demands.

“We recognize him as president, but as president ad interim , because that is what the Venezuelan Constitution mandates. We can not do anything else, “Borrell said on Saturday at a press conference held on the sidelines of the Munich Security Conference (MSC) in southern Germany.

The dignitary responded in this way to a question about the demand launched on the same day in Munich to the member countries of the European Union (EU) by the Vice President of the United States, Michael ‘Mike’ Pence, to recognize them as “sole legitimate president”. “From Venezuela to deputy Juan Guaidó, self-proclaimed” interim president “last month with support from Washington.

Borrell has said that the question of Venezuela has not been raised in the contacts he has maintained at the conference, which began on Friday, and that in any case Spain is against “any military intervention”, while rumors on US preparations are amplified of an armed aggression against the Bolivarian Republic.

What defends Madrid and raised at the recent summit in Montevideo (capital of Uruguay), added the minister, is that the EU “move teams of experts in elections” that would plot together with Guaidó how to promote the early presidential elections that demand so much the European bloc like Washington , despite the fact that the president of the Hispano-American country, Nicolás Maduro, has just begun his term.

As for Pence’s demand that “the European Union en bloc” give full support to Guaidó, Borrell has said that “someone should explain to the American vice president how the EU works, because the EU as a bloc does not mean anything. It will mean the EU Member States. ”

The regional bloc, added the head of the Spanish Diplomacy, “has no power to recognize or fail to recognize anyone”, but each member state decides its external relations and “there are several countries” whose sovereignty “must be respected”, that “they have decided not to recognize” Guaidó “for whatever reasons”.

In particular , the coalition government of Italy has decided to remain neutral with respect to the Venezuelan crisis, in particular for the opposition to align itself with the coup deputy of the Executive Vice President (of Italy), Minister of Economic Development, Labor and Social Policies and leader of the Five Star Movement ( M5S), Luigi Di Maio.