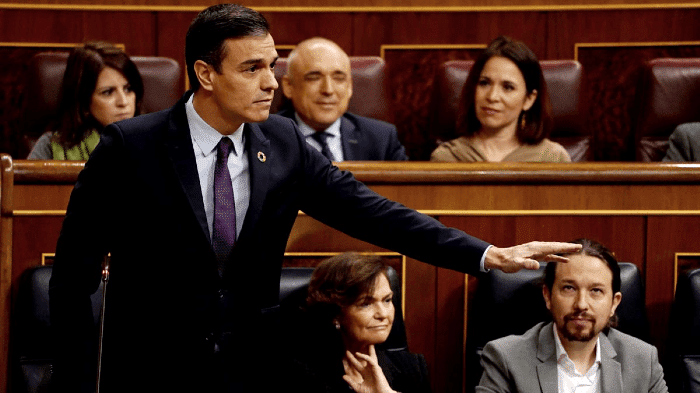 This Wednesday during the first Congressional session of his government, the president of the Spanish government, Pedro Sánchez, treated the Venezuelan deputy Juan Guaidó as “the opposition leader”, which seems to make clear the new position of Spain towards Venezuela.

Faced with questions about the meeting of the Spanish Minister of Transportation, José Luis Ábalos, with the Venezuelan Vice President, Delcy Rodríguez, at the Barajas airport, the Socialist president stressed that “Ábalos did his job”, since Spain is committed to a Venezuela where “meeting, democracy and reconciliation” prevails.

Spanish political parties such as the Republican Left of Catalonia, Bildu and Unidos Podemos, led by the current vice-president of the Spanish government, Pablo Iglesias, have opposed Spain considering Guaidó the “president in charge” of Venezuela since 2019.