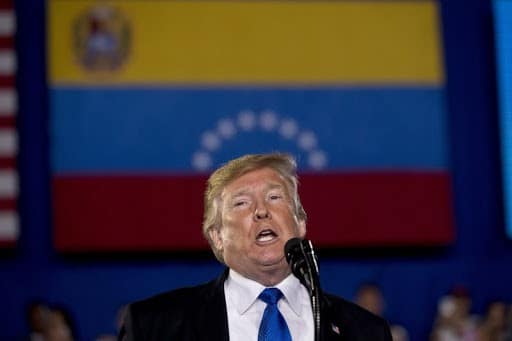 This Wednesday, February 12, the US president, Donald Trump, said he will take care of Venezuelans. Thus he responded to the journalists who questioned him for the unfriendly reception received by the deputy to the National Assembly (AN) in contempt, Juan Guaidó, upon his arrival to the country on Tuesday.

Also, Trump said he talked about Venezuela with Lenin Moreno, president of Ecuador and one of the most submissive presidents in Latin America, also mentioning he spoke positively about Venezuelans living in the United States, noting that they do so “successfully, they love our country and they love Venezuela.”

Previously, Moreno wrote on his Twitter account about what happened on Tuesday at Maiquetía Airport: “We reject and condemn the violent reception of Juan Guaidó in Venezuela, and the attacks on his team and his family. No one should remain silent about what happens in our brother country”, another evidence of the hypocrisy of the Ecuadorian leader that a few month ago was openly shouting at protesters in the streets of Ecuador and also has been incarcerating political leaders not sympathetic to him for several years.