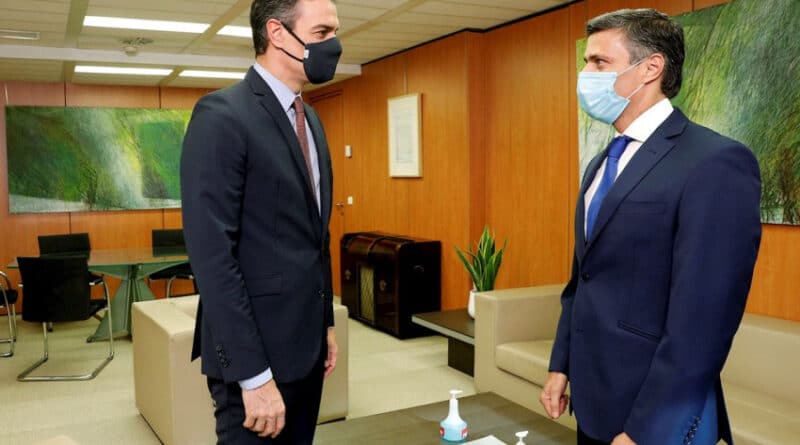 “The PSOE wants a peaceful exit” to the crisis in Venezuela, “because the Venezuelan people must suffer the minimum,” says a message from the party of the Spanish Prime Minister.

Prime Minister of Spain Pedro Sánchez met this with the Venezuelan opposition leader Leopoldo López this Tuesday October 27, receiving him at the headquarters of the Socialist Party (PSOE) in Madrid just two days after Lopez evaded Venezuelan justice and fled from the Spanish embassy in Caracas.

The Socialist Party reported the meeting of the chief executive and secretary general of the PSOE with López via a twitter post. López arrived in Madrid two days ago after clandestinely leaving Venezuela through the Colombian border.

“PSOE wants a peaceful exit” to the crisis in Venezuela, “because the Venezuelan people must suffer the minimum,” read the message from Sánchez’s party, accompanied by an image of the Prime Minister of the Government receiving López, broadcast on social media networks.

RELATED CONTENT: Leopoldo López, the Madrid Factor and the Failure of the “Guaidó Strategy”

Leopoldo López arrived in Madrid, where he met with his family, this Sunday October 25. He assured that the fight “for freedom” will continue, expressing no regret for causing dozens of deaths in Venezuela with his multiple criminal operations trying to oust the present government of Nicolás Maduro and, previously, that of Hugo Chavez.

The Spanish Government confirmed that the Venezuelan opposition leader had arrived in Madrid after leaving—by a “personal and voluntary” decision—the residence of the Spanish ambassador in Caracas. López was there as a “guest” since April 30, 2019, after organizing a failed military uprising with deputy Juan Guaidó, a puppet of the US government who, for almost least two years has been unsuccessfully trying to oust President Maduro, with the full support of Washington.