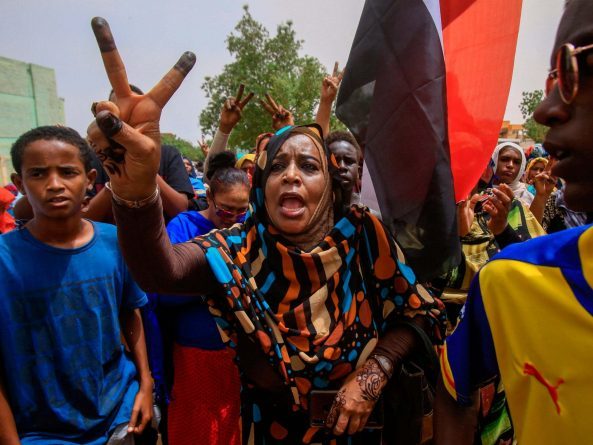 The more ruthless Hemeti gets in his pursuit of power, the more disgruntled adversaries he creates within the army ranks.

Sudan remains locked in standoff that risks a third, and grislier, military coup. The conflict, on the face of it, is simple. The military and its associated paramilitary forces are resolved to thwart the people’s ambitions to establish civilian democratic rule. But there is more to it than that.

By the tens of thousands on Sunday, the people of Sudan indulged in the frankly courageous act of exerting their young and fragile freedom once again. The main protest site outside the military headquarters was cleared in early June by General Mohamed Hamdan’s paramilitary unit, the Rapid Support Forces: more than 100 protesters perished, and ever since the country has been caught between the military junta and the civilian revolutionaries.

Hamdan, known as Hemeti, fits into a region divided between authoritarian monarchs and military strongmen. As time passes, this uneducated former camel trader’s ambitions have grown into a broader regional gambit, where military generals are an insurance policy the oil-rich monarchies.

Hemeti sees himself as the legitimate successor to a dynasty of military rulers in the Middle East. As the former enforcer of the despot Omar Hassan al-Bashir, who he later helped dislodge from power, the upstart general would not contemplate any power sharing with the rival civilian Forces of Freedom and Change (FFC) coalition. The incarceration of its leaders is becoming increasingly likely.

Hemeti is the ultimate threat to the revolution and to any hopes for a democratic transformation in Sudan. He walks a thin line between different versions of himself. For the Gulf patrons, who pledged $3bn in April to prop up the new military regime, he is the guarantor of a sensitive and delicately maintained equilibrium between ideologies, battle-hardened militias and ethnic diversity.

To ingratiate himself with his Saudi benefactors, Hemeti’s forces are doing some heavy lifting against the Houthi rebels in Yemen, where he has sought to position himself as a balancing bulwark against Iran.

RELATED CONTENT: Dozens of Sudanese Officers “Arrested for Refusing to Use Violence Against Protesters”

At the same time, he sells the Sudanese people another image, through a puffed-up braggadocio which presents him as a guarantor of security and the only savior capable of delivering genuine change.

To an international audience he has tried to play the part, posing for glossy picture to accompany a recent interview in his office with The New York Times. It had the smell of a farce, of a man seeking to camouflage the utter panic that his precarious position must foster.

While his mentors in Saudi Arabia and the UAE regard him as another Abdel Fattah al-Sisi of Egypt, they fail to comprehend a fundamental difference. Unlike Sisi, who has built a solid, deep consensus with the generals, Hemeti is reliant on a fragile system of mutual deterrence, which controls the complicated relationship between the army and the other paramilitary forces in Sudan.

This means that the more ruthless Hemeti gets in his pursuit of power, the more disgruntled adversaries he creates within the military ranks. The established, traditional army defended civilian protestors, and died alongside them, as al-Bashir’s rule came to an end – their patience with an emboldened Hemeti will be finite.

And so, if Hemeti keeps racing down the path towards totalitarianism without paying regard to the potential risks, he might invoke a coup d’état directed against the ruling Military Council, and most importantly, the Rapid Support Forces under his command. This means a bloody civil war.

The West, through an albeit apathetic diplomatic effort led by the US, UK and Norway, seems (finally) ready to give attention to Sudan’s strategic importance as a populous gateway to Africa, unstable reserve of all Sunni Islam convictions, and a previous stronghold of al-Qaeda’s Osama bin Laden. But in its bid to avert a civil conflict, the West is doomed to open the path to it.

Grooming pushy and opportunist strongmen in the Middle East is an intricate game, like playing four-dimensional chess in a burning building. Hemeti, like his military forebears who oversaw popular uprisings in the region, seems to be fostering a never-ending cycle of despair, using protests to justify deadly security measures and accelerate his push for power. If the West continues to tolerate such a fraudulent behavior, it will risk the disintegration of society, which, in Sudan’s case, would take the whole country, and the region behind it, into a new round of killing.

Hemeti, whose ambitions are the centre of events now in Sudan, is the product of a regional order which has prevailed since the beginning of the “Arab Spring” in 2011, and in which the Middle East’s gravity has shifted to Gulf monarchies entrenched in a vicious conflict with Iran for regional dominion.

Sudan’s dilemma might end up teaching the Arab nations a lesson. Betting on a strong man doesn’t always work.

Hemeti said on Sunday: “We want to get things under control.” It seems to me that it is better to get him under control before the revolution, and maybe the whole country, is no more.