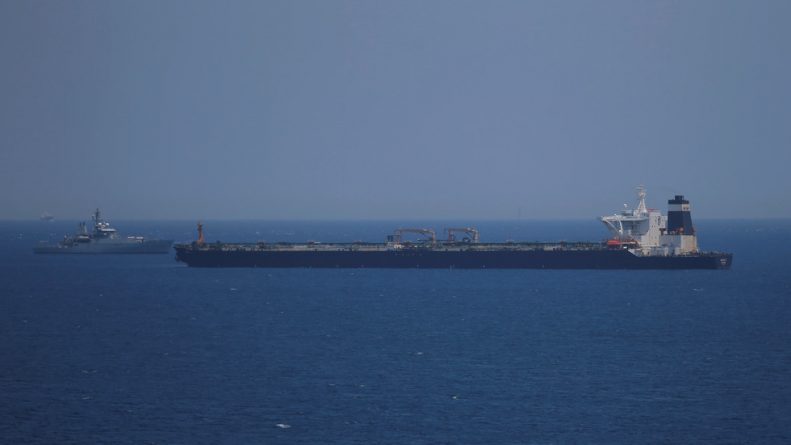 Tehran should seize a British tanker if the UK does not release the oil supertanker captured by Royal Marines near Gibraltar, a senior official in Tehran has said.
On Thursday, British marines and Gibraltar police seized the Panama-flagged tanker off the southern coast of the Iberian Peninsula. The vessel is owned by a Singaporean company.

Gibraltar’s Chief Minister Fabian Picardo claimed that the ship was transporting crude oil to Syria “in violation” of the EU sanctions placed on Damascus. According to Madrid, which considers the waters off Gibraltar to be its own, the British captured the ship at the request of the US. Officials in Washington, meanwhile, welcomed the seizure of the vessel, saying that it was carrying Iranian oil.

Later in the day, Iran summoned the British ambassador and slammed the seizure of the vessel as “a destructive step” and “a form of piracy.” Foreign Ministry’s spokesperson, Abbas Mousavi argued that the sanctions against Syria are illegal under international law and Iran does not recognize them.

On Friday, Major General Mohsen Rezaee of Iran’s Islamic Revolutionary Guard Corps, who is also the secretary of the influential Expediency Discernment Council, tweeted that Iran should be ready for counter measures.

Should Britain refuse to release the ship, it is the authorities’ “duty to seize a British oil tanker,” he argued.

The detained vessel had a 28-person crew, mostly Indians, but also some Pakistanis and Ukrainians. They are being interviewed as witnesses, not criminal suspects, Gibraltarian officials said. The authorities are currently working to establish the nature of the cargo and its destination.

Ali Rizk, a Middle East-based journalist and writer, told RT that, by seizing the tanker, Britain may have wanted to side with Washington by “playing its part in anti-Iranian policy.”