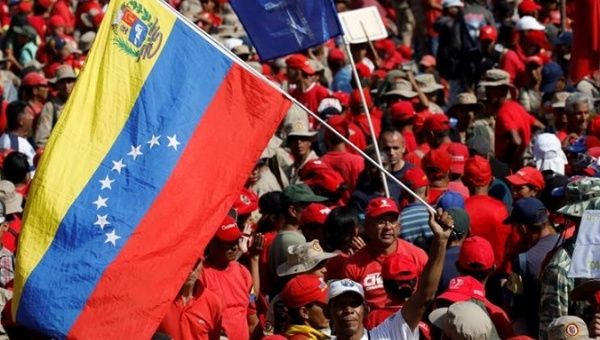 The Venezuelan government issued a long statement detailing what it believes are great errors and bias within the U.N.’s report issued Thursday.

The Venezuelan government issued a statement Thursday rejecting the findings of a report released by the United Nations Human Rights Commission, questioning the methodology used to collect the data.

“The report presents a selective and openly biased view of the true human rights situation of the Bolivarian Republic of Venezuela, which contradicts the principles that should govern the treatment of human rights issues,” the Venezuelan government’s statement said in comments forwarded to the United Nations in response to their report.

RELATED CONTENT: Lima Group Takes Out the Opposition and Includes China and Russia

The statement called the report distorted and blamed such misinformation on the fact that “the important weaknesses present in the methodology used for its preparation.”

The Venezuelan government said that the sources used in the report lacked objectivity and were ”overly privileged and official information is almost completely excluded, despite all the documentation and elements contributed by the State to the Office of the United Nations High Commissioner for Human Rights.”

The statement pointed to the fact that 82% percent of the interviews by the OHCHR were carried out with people who reside outside of Venezuelan. The statement added officials from the U.N agency “made two visits to the country during the year 2019, the first of it in the month of March with a duration of 12 days and the second between June 19 and 22, by the United Nations High Commissioner for Human Rights.”

Also, the report failed to reflect the negative impact of the economic blockade that the U.S. has implemented against Venezuela while excluding the fact the government of President Nicolas Maduro tried to maintain people’s purchasing power and implemented emergency measures to help the population deal with the economic situation.

Some of those measures are the system of monthly monetary assignments through the Carnet de la Patria, the general subsidy to the costs of public services (water, electricity, domestic gas, transportation, internet), free education and health system, as well as the universality in the social security pension system, among others.

The government’s statement went on to say that the government has provided countless evidence to counter the mainstream narrative of “humanitarian crisis” that is sold to the world by the opposition and its NGOs.

The report, according to the Venezuelan government, misuses the term “humanitarian crisis” and it is not true that any official of the government has recognized that term since there are no arguments to justify such terms. “The government of Venezuela acknowledges an economic crisis.”